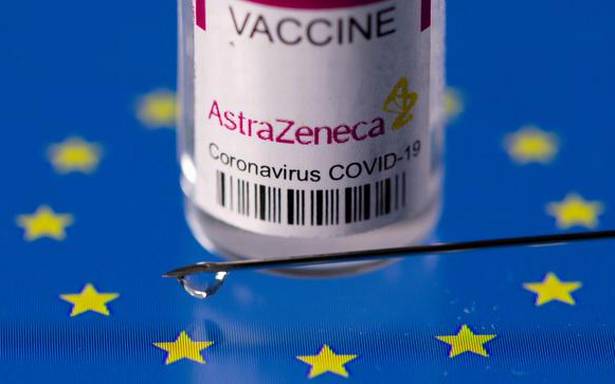 The European Commission said the commitment involves the pharmaceutical company providing 135 million doses by the end of this year, plus another 65 million doses in the first quarter of 2022

The European Union says it has reached an agreement with drugmaker AstraZeneca to end their legal battle over the slow delivery of the Anglo-Swedish company’s coronavirus vaccine.

The EU’s executive branch, the European Commission, said on Friday that AstraZeneca made a “firm commitment” to deliver a total of 300 million vaccine doses by March next year.

The commission said it involves the pharmaceutical company providing 135 million doses by the end of this year, plus another 65 million doses in the first quarter of 2022.

Brussels said the deliveries would respect an advance purchasing agreement the EU reached with AstraZeneca a year ago. Tens of millions of doses already have been supplied to EU member nations, but not as many as the 27-nation bloc expected.

A Belgian court ruled in June that AstraZeneca had committed a “serious breach” of its contract with the EU. But the company said the ruling showed that “AstraZeneca has fully complied with its agreement” with the European Commission.

AstraZeneca was seen as a key pillar of the EU’s vaccine rollout. The legal tussle over delivery obligations tarnished the company’s image, but the commission has no issue with the quality of the firm’s vaccines.