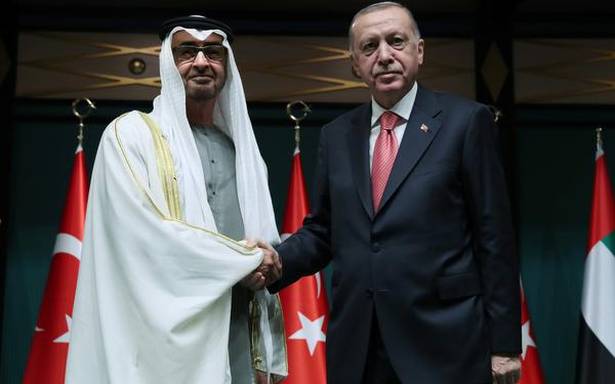 The visit by the Crown Prince, seen as the de facto leader and the force behind the UAE’s foreign policy posture, is his first official trip to Turkey since 2012, and the highest-level visit by an Emirati official since relations hit a low. The Crown Prince’s brother who is the UAE National Security Adviser, Sheikh Tahnoun bin Zayed Al Nahyan, visited Turkey in August as the first major step toward mending strained ties.