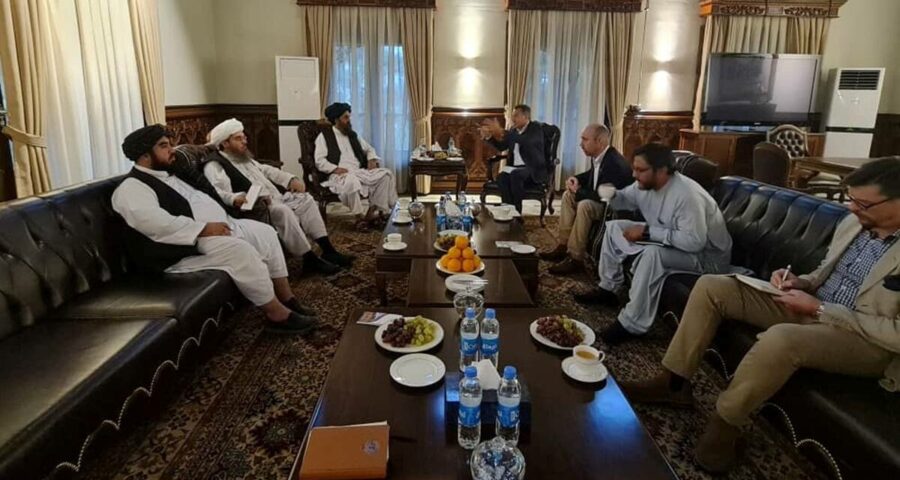 Australia's High Commissioner to India Barry O'Farrell mentioned exclusion of women and not any representations from the Hazara community as well as other minorities besides members from the previous government. Australia on Thursday said it is deeply disappointed over the composition of the interim cabinet of the Taliban and that it is in touch with its closest partners and allies over the developments in Afghanistan.

Australia’s High Commissioner to India Barry O’Farrell said that the situation in Afghanistan is likely to be discussed at the inaugural two-plus-two ministerial dialogue between India and Australia on Saturday.

Australian Foreign Minister Marise Payne and Defence Minister Peter Dutton will visit India from September 10 to 12 to take part in the dialogue with their Indian counterparts.

“Australia wants to do much more with India. We have high expectations from the relationship and so does India,” he told reporters.

On the Taliban unveiling the interim cabinet, O’Farrell mentioned exclusion of women and not any representations from the Hazara community as well as other minorities besides members from the previous government.

He also mentioned the inclusion of members of the Haqqani network who were UN-listed terrorists.

He said Australia has been focusing on ensuring safe passage to those wanting to leave the country, end of violence and protection of human rights of women and children.

“We are deeply disappointed,” O’Farrell said.

The Australian position on Afghanistan has striking similarities with that of India’s External Affairs Minister S Jaishankar, who speaking at the Afghanistan conference co-convened by the US and Germany on Wednesday, said the use of Afghan soil to promote terrorism in any manner by any country is unacceptable.

He said the world seeks an Afghanistan free of terrorism, providing unhindered access for humanitarian assistance, respecting the right to travel and establishing an inclusive government.

“Regarding counter-terrorism, we are all clear that the use of Afghanistan’s soil to promote terrorism in any manner by any country is unacceptable. The Taliban has made public declarations to this effect. It is absolutely essential that they live up to their words,” Jaishankar said.

Asked whether concerns over China’s behaviour in the Indo-Pacific would figure in the two-plus-two dialogue, the high commissioner suggested that it would be unusual to have meetings between two Quad members without discussion on the region.

A statement by the Australian foreign ministry on Wednesday said Payne and Dutton will visit Jakarta, New Delhi, Seoul, Washington and New York to advance Australia’s relationships with its close friends and strategic partners in the Indo-Pacific region.

Foreign Minister Payne said that among the most pressing issues for discussion was cooperation on the region’s recovery from the COVID-19 pandemic, and ensuring the recovery takes place in a way that reflects “our values and principles”.

“During our meetings and engagements across the four countries, we will discuss our continuing partnerships to overcome the pandemic, including through the equitable, safe and effective distribution of COVID-19 vaccines, and our shared path to global economic recovery,” Minister Payne said.

Dutton said the visits are an important opportunity to build on already strong defence relationships.

“I am very much looking forward to meeting with my counterparts face-to-face to build on our already strong relationships and to discuss further our shared interests in keeping our region safe and secure,” Dutton said.

The two-plus-two dialogue between the foreign and defence ministers was instituted as part of an overall goal to expand strategic cooperation between the two countries.

India has such a framework for talks with a very few countries including the US and Japan.

The defence and military cooperation between India and Australia is on an upswing in the last few years.

In June last year, India and Australia elevated their ties to a comprehensive strategic partnership and signed a landmark deal for reciprocal access to military bases for logistics support during an online summit between Prime Minister Narendra Modi and his Australian counterpart Scott Morrison.

The Australian Navy was part of the recent Malabar naval exercise that also featured navies of India, the US and Japan.