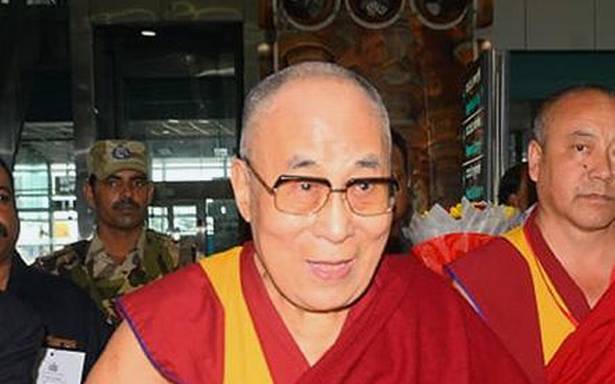 ‘Analysis indicates that the Indian govt. was selecting the potential targets’

Several of the top India-based aides to the Tibetan spiritual leader, the Dalai Lama, figure on the list of potential targets for spying using the Pegasus spyware, according to a report on Thursday.

The phone numbers of the Dalai Lama’s aides were among the list of 50,000 numbers accessed by Forbidden Stories and Amnesty International and shared with 17 media organisations. One of those organisations, The Wire, reported on Thursday that several phone numbers of top Tibetan officials in Dharamsala “were marked from late 2017 to early 2019”.

Another one of those organisations, The Guardian, said “analysis strongly indicates that the Indian government was selecting the potential targets.”

The inclusion on the list, which means the numbers were targeted for monitoring, does not necessarily mean the numbers were infected by the spyware. Confirmation would require analysing the devices in question.

Israel’s NSO Group has said the numbers are not a list of targets of its Pegasus spyware and were not selected by the group. It has also said its clients mostly include “vetted” government agencies ostensibly to help them fight terrorism.

The Wire reported the inclusion of the numbers of top officials based in Dharamsala “indicate[s] that the targets may have been selected by an unknown India-based client of the NSO Group”. The Government of India has neither confirmed nor denied it is a client.

Thursday’s report suggested whatever entity placed the numbers on the list may have had a special interest in keeping abreast of the Dalai Lama’s interactions with foreign governments, particularly with the U.S. It noted that the number of long-term envoy Tempa Tsering appeared on the list during a period coinciding with the Dalai Lama’s meeting with former U.S. President Barack Obama in New Delhi.

Other top aides of the Dalai Lama were also on the list, including Chhime Rigzing Chhoekyapa and Tenzin Taklha, who have also served as spokespersons for the Dalai Lama. Also on the list was Lobsang Sangay, who served as Sikyong of the Dharamsala-based Central Tibetan Administration (CTA) until May this year. At the time of writing, the CTA had not commented on the report.

When asked on Thursday about whether diplomatic missions including the U.S., the U.K., Afghanistan, China, Iran and Pakistan had contacted the government about the alleged hacking of phones belonging to top diplomats and other staff, Ministry of External Affairs spokesperson Arindam Bagchi declined to comment, saying detailed responses to the ongoing controversy had been dealt with by the government in Parliament.