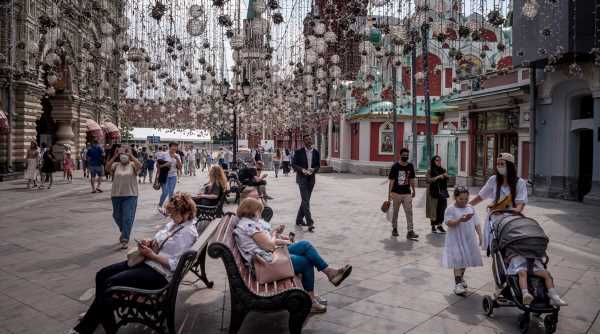 Russia is again in the grips of a virus surge, despite months of assurances from President Vladimir Putin’s government that the worst of the pandemic had passed. The spiraling outbreak has come as a surprise, even in the words of the senior officials behind those assurances. The Russian government has approved three coronavirus vaccines as safe and effective, but Vadim Zhukov took his own approach to testing: He let a friend take one first.

“I waited to see what happened to him,” said Zhukov, 21, a university student. His friend was fine. Two months later, Zhukov was standing in line this week at a vaccination site in central Moscow.

Extrapolated across Russia’s 11 time zones and millions of hesitant citizens, that same wait-and-see attitude toward vaccination has taken its toll.

Russia is again in the grips of a virus surge, despite months of assurances from President Vladimir Putin’s government that the worst of the pandemic had passed. The spiraling outbreak has come as a surprise, even in the words of the senior officials behind those assurances.

Russian virus experts say that the Delta variant, first found in India, is now the most prevalent strain in Moscow. Mayor Sergei Sobyanin told local media Friday that 89.3% of all new coronavirus cases in the city involve the Delta variant.

The outbreak is most pronounced in Moscow, the capital, where case numbers have tripled over the past two weeks, according to city officials, who have added 5,000 beds to coronavirus wards. Moscow health authorities reported 9,056 positive tests Friday, the highest daily figure for the city since the pandemic began.

Russia has reported 125,853 deaths from COVID-19 since the pandemic started, but statistics showing excess mortality over the past year suggest the real number is far higher.

Across Russia, only 9.9% of the population is fully vaccinated, though Russia last summer claimed to be the first country in the world to have approved a vaccine. For comparison, 44% of Americans are fully vaccinated.

Russia is now pivoting to mandating vaccines for some public-facing workers in Moscow and three provincial regions and limiting the working hours of restaurants.

Out on the streets of Moscow, on the first balmy days of spring, police tape went up around children’s playgrounds and basketball courts, in a grim reminder of the persistence of the coronavirus.

City authorities on Friday announced a requirement that customers present proof of vaccination at restaurants and bars open later than 11 p.m., in a partial introduction of a “vaccine passport” approach to controlling access to crowded spaces.