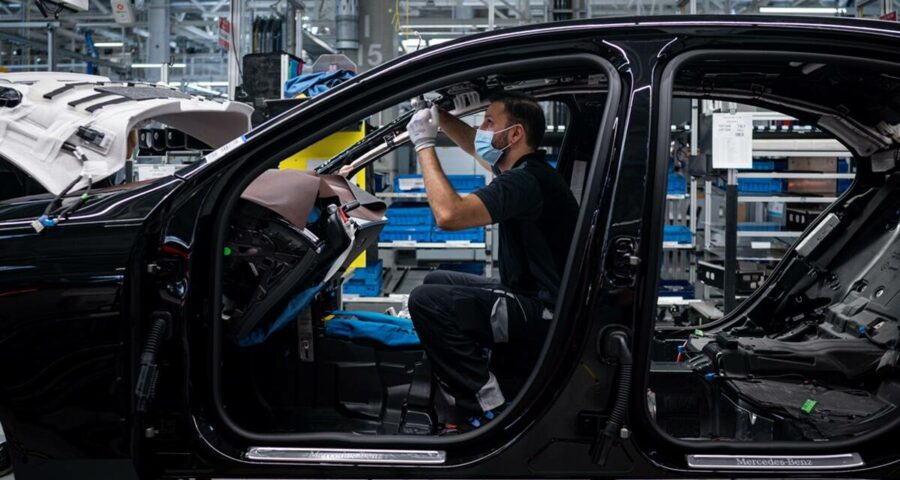 By selling battery-powered SUVs and luxury sedans in places like Germany and Norway, China is striving to become a force in the global auto industry. The name MG used to be synonymous with spirited but finicky sports cars from Britain. Nowadays the iconic octagonal badge serves a different kind of motoring ambition: China’s push to become a big player in the global auto market.

SAIC Motor, one of China’s Big Four automakers, bought the MG brand in 2007 and is stamping it on a line of electric SUVs on sale in Germany and other European markets. MG is an example of how Chinese carmakers are exploiting the shift to electric cars to challenge the American, European and Japanese carmakers that have long dominated the industry.

Chinese automakers are arriving as electric cars surge in popularity, accounting for almost 10% of new car sales in Western Europe, and consumers are in a mood to buy, with savings built up during the pandemic. At the same time, car manufacturers are cutting back production because of shortages of microprocessors.

MG already has 350 dealers in 16 European countries and is still expanding. Two other Chinese automakers, Nio and BYD, are moving into Europe by way of Norway, the world’s most electrified large car market.

Nio, based in Shanghai, opened a dealership in Oslo, Norway, at the end of September, the company’s first outlet outside China. BYD, based in Shenzhen, delivered an electric SUV called the Tang to the first Norwegian customer in August.

Great Wall Motor, another Chinese manufacturer, has announced plans to start selling a battery-powered compact and a hybrid SUV in Europe next year. 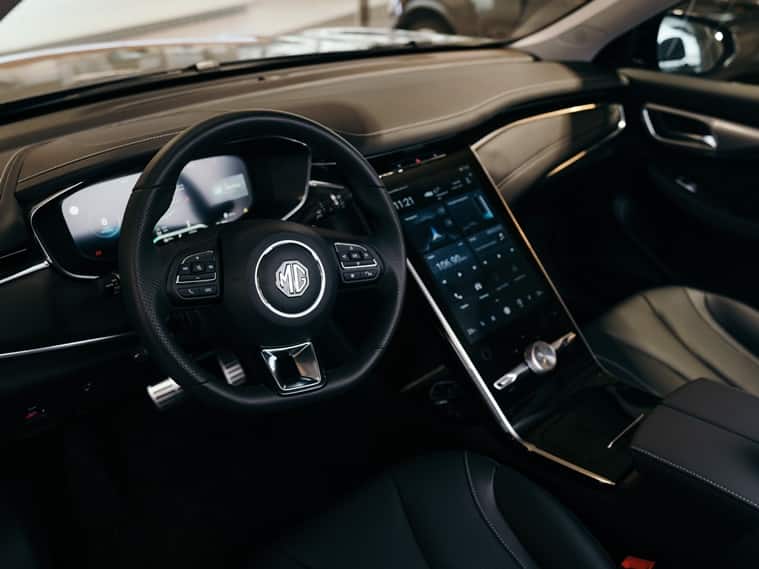 Polestar, which is based in Sweden but belongs to Geely Holding of China, has been selling a Chinese-made battery-powered model in Europe and the United States since 2020. And many of the Teslas on European roads were imported from the company’s factory in Shanghai. (That will change once the company finishes building a factory near Berlin.)

Foreign automakers like Volkswagen, Mercedes-Benz or General Motors sell millions of cars in China, so they can hardly complain when Chinese automakers encroach on their turf. Even though China is the world’s largest car market, its brands have only a sliver of the international market. Even buyers in China prefer foreign brands, although local carmakers are growing quickly and have captured more than 40% of the domestic market.

Still, the appearance of Chinese-made autos in Europe is another ominous sign for established carmakers that are already having enough trouble making the transition from internal combustion engines to batteries. Chinese automakers also have the United States in their sights, although their impact so far has been minimal. Slovakia supplies more cars to the U.S. market than China.

Chinese carmakers learned the trade from European companies they are now challenging. The Chinese government has long required foreign carmakers to operate via joint ventures with domestic companies, and to share know-how.

“The sous chef is opening his own restaurant,” said Matthias Schmidt, an analyst in Berlin who tracks the European electric car market.

MG said in a statement that its cooperation with Volkswagen remained a “win-win strategic partnership.”

Europe is a notoriously difficult market for foreign carmakers. Just ask Ford Motor, which has only 4% of the European Union market, or Toyota, which has a little more than 6% despite its heft in the rest of the world.

Earlier attempts by Chinese automakers to break into Europe failed. In 2013, Qoros, a startup Chinese brand, announced plans for a network of dealerships in Europe but opened only one.

The timing may be better this time. Sales of electric cars, the technology the Chinese are emphasizing, have doubled since 2020 in Europe despite a slump in the overall market. Around 9% of new cars sold in Western Europe through August, or 644,000 vehicles, were battery powered, Schmidt said. Including plug-in hybrids, the share of electric vehicles was 18%.

Demand for affordable electric vehicles has outstripped supply, said Julian Emrich, a dealer in Bietigheim-Bissingen, Germany, north of Stuttgart. “A lot of people were interested, but there were no products, at least not products with a normal price,” Emrich said. When an MG representative sent him an email asking if he wanted to become a dealer, Emrich said, “it was exactly what I was waiting for.” Unlike most traditional automakers, MG did not require him to buy the vehicles up front. MG supplies the cars and the dealers earn a commission when they sell one.

Unclear is whether fussy European buyers will buy a Chinese car. When an MG representative approached Rumpel & Stark, a Ford dealership in the north Bavarian town of Unterpleichfeld, about selling the Chinese brand, the general manager, Bastian Stark, was skeptical. He demanded that the rep hand over the keys to the MG he had arrived in.

Rumpel & Stark’s mechanics gave the MG a thorough going over. Their verdict: thumbs up. “They said this car is good,” Stark said, noting that the MG is equipped with parts from established suppliers like Bosch, Valeo and Continental, all of which have large operations in China.

Rumpel & Stark agreed to add MGs to its showroom and sold three hybrids before even putting up a sign. Buyers were attracted by the price and the relatively short delivery times. “I have not done any marketing at all,” Stark said.

The European market is starved for vehicles because of the global semiconductor shortage. The wait time for an MG hybrid is only four weeks, and three months for an all-electric model, “which is pretty much OK compared to other brands right now,” Stark said.

Waits for many European brands can be much longer, especially for lower-priced models. Carmakers like Renault are allocating scarce chips to higher-end vehicles, which generate more profit.

While the market may be ripe for Chinese electric cars, the political timing may not be so ideal. Many European leaders share their American counterparts’ concern about Chinese trade practices, accusing Beijing of subsidizing companies to give them an unfair advantage in international competition.

The Chinese government has invested heavily in electric vehicle technology, helping to establish a vast network of suppliers to feed the manufacturers.

After national elections in September, German political leaders are negotiating to form a government that is likely to include the Green Party, which favors a harder line against China than Angela Merkel, the departing chancellor. MG may be particularly vulnerable to concerns about the mingling of government and corporate interests because its parent company, SAIC, is majority owned by the state.

European carmakers are watching the Chinese rivals warily. “We take every new player extremely seriously,” Martin Daum, a member of the management board of the auto and truck maker Daimler, said in an interview. “On the other side we are never afraid of competition.” The German Association of the Automotive Industry replied to questions about the Chinese carmakers with a statement saying countries should observe World Trade Organization rules, which forbid government subsidies designed to give companies a competitive edge.

“It is important to maintain open markets and a level playing field,” the association said.

MG said it “follows market-oriented mechanisms and abides by relevant laws and regulations.”

The Chinese automakers style themselves as international brands and downplay their origins. MG retains some of its Britishness by designing cars in London. Nio’s global design center is in Munich, while Polestar is based in Goteborg, Sweden, near Volvo Cars, which Geely also owns.

Thomas Ingenlath, a German who is Polestar’s CEO, said that all car companies tried to sell their products abroad, and that there was nothing unusual about what Chinese companies were doing.

“It’s an absolutely normal thing,” Ingenlath said at the international car show in Munich in September. “Car brands, wherever they are located, have export business.”