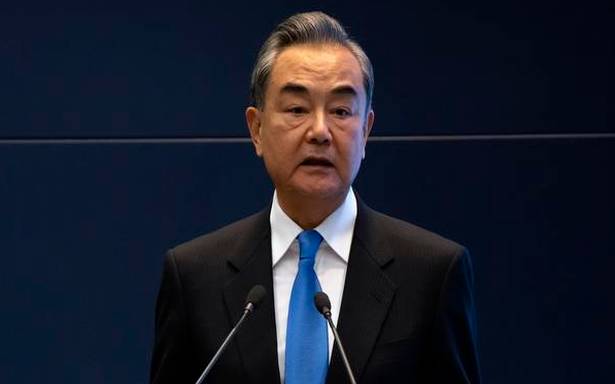 The Taliban has already expressed interest in Chinese investments and in the Belt and Road Initiative (BRI).

China’s Foreign Minister Minister Wang Yi has pledged support and assistance to the Taliban in a meeting in Doha.

Coming three months after Mr. Wang hosted the Taliban in Tianjin, near Beijing, in late July, the Chinese Foreign Minister met with acting Deputy Prime Minister Mullah Abdul Ghani Baradar, who assured Beijing that “a friendly policy towards China” was “a firm choice” by the Taliban.

In their second meeting, Mr. Wang repeated to the Taliban leader China’s expectations that the Taliban “will make a clean break with the East Turkestan Islamic Movement [ETIM] and other terrorist organisations and take effective measures to resolutely crack down on them.”

The ETIM, which China has blamed for several attacks in its western Xinjiang region, “not only poses a real threat to China’s national security and territorial integrity, but also jeopardises the domestic stability and long-term stability in Afghanistan,” he said.

He also called on the Taliban to “further demonstrate openness and tolerance, unite all ethnic groups and factions in Afghanistan to work together for peaceful reconstruction, and effectively protect the rights and interests of women and children.”

In a veiled dig at the U.S., which China has criticised for its “hasty” withdrawal as well as its legacy in Afghanistan, Mr. Wang said China “has never interfered in the internal affairs of Afghanistan and never sought selfish gains or a sphere of influence”. He called on the U.S. and the West to lift sanctions, and said the country faced “a historic opportunity” to “master its own destiny” and was “at a critical stage of transforming from chaos to governance”.

The Taliban leader said “pursuing a friendly policy toward China is the firm choice” and committed to attaching “great importance to China’s security concerns” and “to never allow anyone or any force to use the Afghan territory to harm China.

The Taliban has already expressed interest in Chinese investments and in the Belt and Road Initiative (BRI), including extending the China Pakistan Economic Corridor to Afghanistan.

Reports in the Chinese media have said Chinese companies are, however, still following a wait and watch approach and for the situation to stabilise before committing new investments. Many Chinese projects, including the Aynak copper mine, have remained stalled for years amid the continuing unrest.