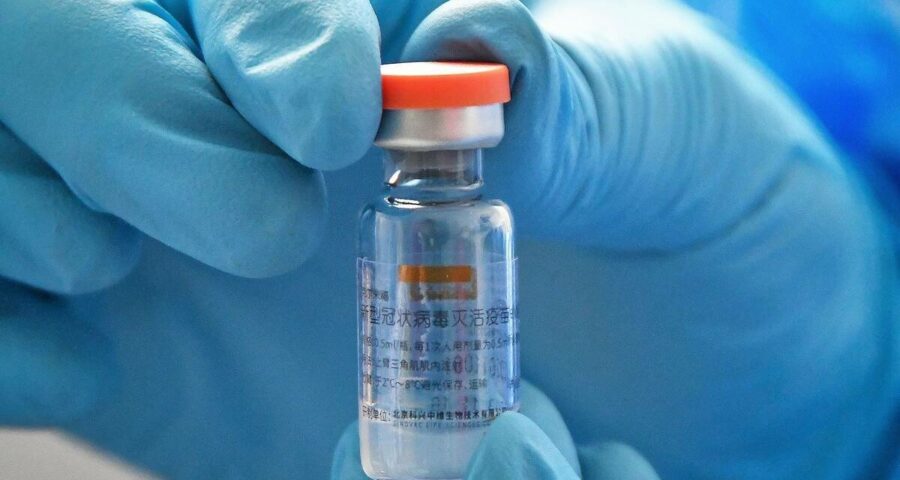 Vaccine distributions have been starkly unequal, as wealthy countries now consider issuing booster shots to their citizens and poorer nations struggle to get enough vaccines for a first dose. Chinese President Xi Jinping pledged 2 billion doses of Covid-19 vaccines would be supplied to the world through this year, increasing Chinas commitment as the largest exporter of the shots.

That figure likely includes the 770 million doses China has already donated or exported already since September last year according to the Ministry of Foreign Affairs. Most of the Chinese shots have been exported under bilateral deals. It is unclear if the figure also includes the agreements with the COVAX mechanism where two Chinese vaccine manufacturers will provide up to 550 million doses.

Vaccine distributions have been starkly unequal, as wealthy countries now consider issuing booster shots to their citizens and poorer nations struggle to get enough vaccines for a first dose.

“Over 4 billion vaccines have been administered globally, but more than 75 of those have gone to just 10 countries,” said Tedros Adhanom Ghebreyesus the WHO Director General at the vaccine forum.

Hundreds of millions of Chinese shots, the vast majority of which are from Sinopharm and Sinovac, have already been administered to people in many countries across the world, as many were desperate for access to any vaccine.

However the vaccines have been followed with questions and concerns, especially as the highly transmissible delta variant spread and caused the number of Covid-19 deaths to climb again.

In Indonesia, which has relied heavily on Sinovac’s shot, the government said it was planning boosters for health workers using some of the newly delivered. Moderna doses, after reports that some of the health workers who had died since June had been fully vaccinated with the Chinese shot.

Access to vaccines have not only been plagued by inequality, but also been dominated by geopolitics.

China has been accused of using vaccines as leverage in diplomatic dealings. In June, diplomats told The Associated Press that China threatened to withhold vaccines to pressure Ukraine into withdrawing from a statement calling for more scrutiny about how China was treating ethnic and religious minorities in the Xinjiang region.

President Joe Biden had made a point to say vaccine donations would come without “pressure for favors or potential concessions” when announcing US donation plans in June.

The White House said Tuesday the US had donated 110 million doses, most of which was through COVAX coordinated by Gavi a vaccine alliance.

Japan has also stepped up its donations in the region, pledging 30 million doses of vaccine through COVAX and other channels. It has already donated several million vaccines through bilateral deals.

Taiwan was one such beneficiary of Japan’s aid, after the island faced an outbreak which stressed its health system in May and June. Taiwan had accused China, which claims the self-governing island as its own territory, of interfering in deals to buy the Pfizer BioNTech vaccine.