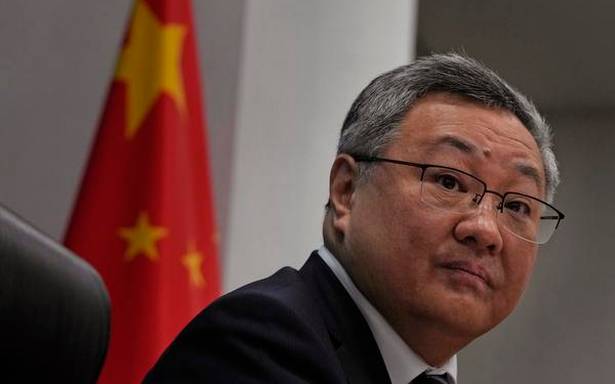 Need to take steps to make sure its nuclear force is sufficient in light of a changing security environment in Asia: Official

A senior Chinese arms control official denied Tuesday that his government is rapidly expanding its nuclear arsenal, though he said it is taking steps to modernize its nuclear forces.

“On the assertions made by U.S. officials that China is expanding dramatically its nuclear capabilities, first, let me say that this is untrue,” he said at a briefing in Beijing.

The briefing was held a day after China, the U.S., Russia, Great Britain and France issued a joint statement on preventing nuclear war or an arms race. The statement was supposed to be timed to the start of a global conference on disarmament at the U.N., but the meeting has been postponed because of a surge in COVID-19 cases.

The U.S. Defense Department said in a report in November that China is expanding its nuclear force faster than previously predicted and could have more than 1,000 warheads by 2030. The U.S. has 3,750 nuclear weapons.

The U.S. has also raised concern about analyst reports based on satellite imagery that China is building missile silos in its northwestern desert and its test of a hypersonic missile last summer.

Mr. Fu would not confirm the missile silos but said the size of China’s nuclear force should not be estimated based on the satellite photos.

He said China does need to take steps to make sure its nuclear force is sufficient in light of a changing security environment in Asia. He cited U.S. talk of deploying intermediate-range non-nuclear missiles in the region. India also has nuclear weapons, as does its neighbor Pakistan.

Mr. Fu stuck by the Chinese position that it would not join nuclear arms reduction talks between the U.S. and Russia, as the American side is pushing for. He called on both to reduce their arsenals, by far the largest in the world.

“We will be happy to join if they have reduced to our level,” he said. adding that "the two superpowers need to … drastically reduce their nuclear capabilities to a level comparable to the level of China, and for that matter to the level of France and the U.K., so that other nuclear states can join in this process.”

U.S. President Joe Biden’s administration is carrying out a review of America’s nuclear posture, but major change seems unlikely given the reports of China’s growing nuclear force and tensions with China over Taiwan and with Russia over Ukraine.

Mr. Fu also called on the U.S. to lift sanctions on Iran, and for Iran to return to its nuclear commitments on that basis. Iran is in talks with the U.S., China, Russia, the U.K., France and Germany on restoring a 2015 agreement that granted Iran sanctions relief in exchange for curbs on its nuclear program. Former President Donald Trump pulled the U.S. out of the deal in 2018.