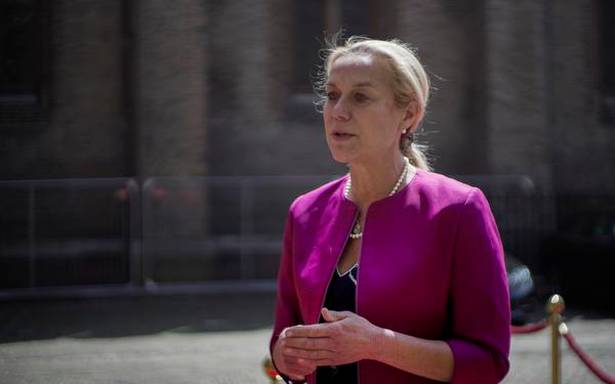 Drawn-out talks to form a new Dutch ruling coalition got a boost on Thursday when the leader of the country’s second-biggest party said she is prepared to begin negotiations to re-form the same four-party Cabinet whose resignation in January triggered a general election.

The statement by former Foreign Minister Sigrid Kaag, leader of the centrist D66 party, appeared to open the way for the start of formal talks on a new coalition expected to be led by caretaker Prime Minister Mark Rutte.

D66, Mr. Rutte’s party and the Christian Democrats were meeting on Thursday afternoon to discuss progress in more than six months of on-off coalition talks. Mr. Rutte entered the talks without speaking to waiting reporters.

If Mr. Rutte’s conservative People’s Party for Freedom and Democracy, Ms. Kaag’s D66, the Christian Democrats and the Christian Union agree to rule together again, they will enter the next phase of coalition talks in which they seek to nail down a policy blueprint for the coming four-year term.

Ms. Kaag long ruled out joining a coalition with the Christian Union party due to ideological differences, but lifted that blockade in recent days in an attempt to breathe new life into the ailing talks.

She said she wants an ambitious policy blueprint for the next government.

She said her party wants the new coalition to be “more progressive, more generous, more open and more humane.”

But she sounded a note of caution ahead of prospective talks.