The president's approval ratings have slumped due to the government's woeful COVID-19 response and surging inflation, yet he remains far more popular than prior presidents who were impeached. 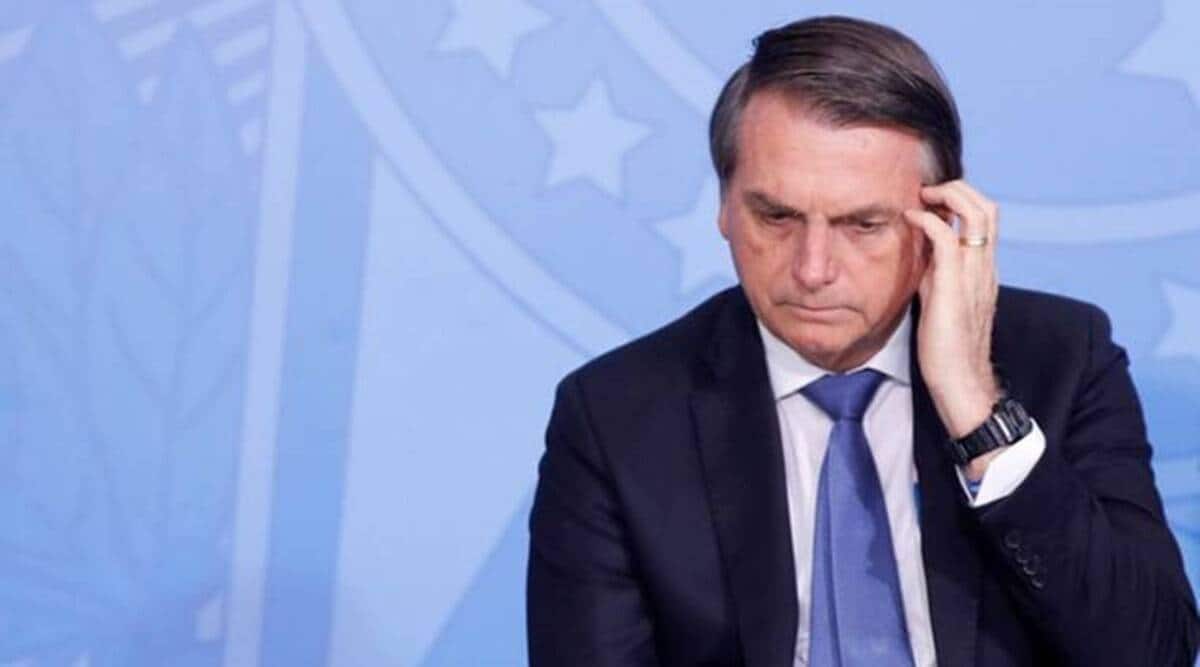 The Brazilian Supreme Court’s Chief Justice Luiz Fux on Wednesday issued a sharp rebuttal to President Jair Bolsonaro, one day after the right-wing leader escalated his feud with the court by vowing to no longer abide by one of its justice’s rulings.

“Encouraging non-compliance with court decisions is undemocratic, illicit and intolerable,” Fux said in a nationally televised message. He added that if Bolsonaro were to disobey a court ruling, or someone else were to do so at his urging, it would constitute a crime.

“No one will close this court, we will keep it standing,” he added.

At demonstrations in support of Bolsonaro on Tuesday, many people displayed signs and banners railing against the Supreme Court, demanding it be dissolved or that one justice in particular, Alexandre de Moraes, be removed. De Moraes is overseeing an investigation targeting the president and two of his sons. Bolsonaro formally requested the justice’s impeachment last month.

“Any decision from Mr. Alexandre de Moraes, this president will no longer comply with. The patience of our people has run out,” Bolsonaro told a cheering crowd in Sao Paulo. “For us, he no longer exists.”

That statement and others on Tuesday have pitched jurists and politicians into harried discussions about how to prevent Bolsonaro from further antagonizing the judiciary or firing up his base with incendiary rhetoric. Centrist politicians have thus far declined to back impeachment proceedings, but for the first time are publicly floating that possibility.

Over 130 impeachment requests have been filed since the start of Bolsonaro’s administration, but the Lower House’s Speaker Arthur Lira and his predecessor declined to open proceedings. Political analysts and politicians say that, in the absence of massive protests against Bolsonaro, Lira is unlikely to change course.

The president’s approval ratings have slumped due to the government’s woeful COVID-19 response and surging inflation, yet he remains far more popular than prior presidents who were impeached. And, as Tuesday proved, he is still capable of rallying his energetic following to the streets.

Following the demonstrations, dozens of current and former centrist politicians formed a group on messaging service WhatsApp entitled ?Democratic Pacification.? They have been debating which path to take, particularly whether to pressure Lira to trigger impeachment proceedings.

The leaders of 12 leftist and centrist political parties were meeting on Wednesday night to discuss, among other things, their adherence to a possible impeachment. At least two of the parties have already sided in favor.

“Politics are at a crossroads,” Carlos Marun, a former lawmaker from the Brazilian Democratic Movement party who participates in the chat group, and also a former Bolsonaro ally, told The Associated Press. “Lawmakers must decide whether they will ignore Bolsonaro’s anti-democratic rhetoric, possibly encouraging even more serious threats, or go for impeachment.”

Speaker Lira also delivered an address on Wednesday. Without naming the president, he said “it is time to put a stop to this escalation,? and called for a more peaceful relationship between the executive, legislative and judiciary branches.

He criticized the relentless push for reform of the nation’s electronic voting system, which Bolsonaro has championed even after it was voted down, but declined to address Bolsonaro’s pledge to defy some Supreme Court rulings.

Bolsonaro has repeatedly attacked Justice de Moraes, who will also assume the presidency of the nation’s electoral tribunal next year, when the president will seek reelection. De Moraes is overseeing an investigation into the dissemination of allegedly false news. It targets close allies of the president, two of his sons and, as of last month, Bolsonaro himself.