Police identified the culprit as Iqbal Hossain (35), a resident of Comilla. The Dhaka Tribune reported his identify was confirmed on the basis of CCTV footage. 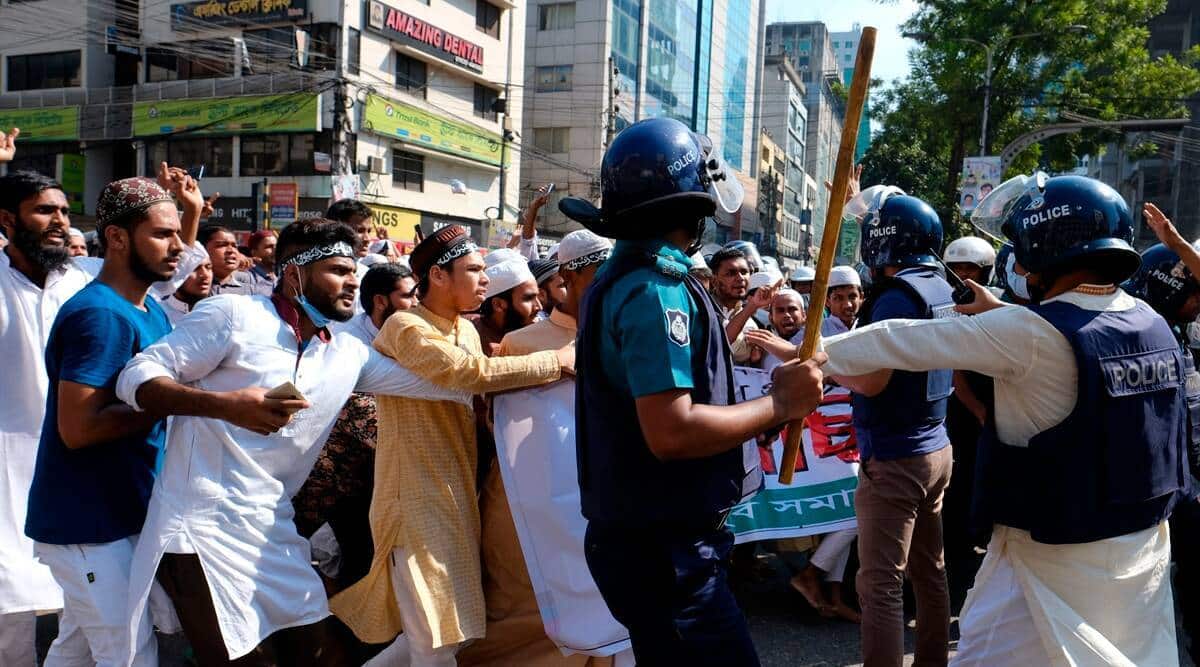 Bangladesh Police on Wednesday said they have identified the man behind a “blasphemous incident” in Comilla city, which was posted on social media and sparked nationwide communal violence. Over the past week, several Hindu religious sites have been vandalised, homes have been attacked and at least seven people have been killed.

Police identified the culprit as Iqbal Hossain (35), a resident of Comilla. The Dhaka Tribune reported his identify was confirmed on the basis of CCTV footage.

Home Minister Asaduzzaman Khan Kamal had earlier said that authorities had identified the person behind the incident. “I hope the prime suspect in the Comilla incident will be arrested soon… he has been changing locations frequently to avoid getting caught. We’ll be able to unfold the Comilla incident once he’s arrested,” the Dhaka Tribune quoted him as saying.

Police said over 450 suspected temple attackers were arrested so far in different parts of the country and a manhunt was underway to track down more since Wednesday.

On Tuesday, Bangladesh Prime Minister Sheikh Hasina had instructed Kamal to initiate action against those who incited violence and called on people to not to trust anything on social media without fact-checking.

The Foreign Ministry had said in a statement that domestic elements that opposed Bangladesh’s independence 50 year ago were still propagating their “toxic narratives to instigate violence, hatred and bigotry”.