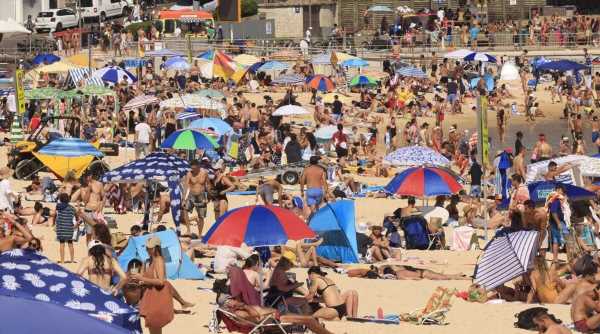 The growing numbers have sparked virus alerts for regional holiday towns in both Victoria and New South Wales where the cases travelled before testing positive. The growing numbers have sparked virus alerts for regional holiday towns in both Victoria and New South Wales where the cases travelled before testing positive.

Victoria, which now has 29 active cases, this week made masks mandatory across the state while limiting gatherings and shutting its border to NSW prompting lengthy delays at border checkpoints on New Year’s Day.

New South Wales, the epicentre of the outbreak, made masks mandatory from midnight after reporting seven new cases on Saturday. Premier Gladys Berejiklian also announced restrictions on numbers for gym classes, weddings, funerals and places of worship to prevent any super-spreader events.

“We will be making sure that compliance or enforcement occurs from Monday so we will not fine you until Monday. The fine would be A$200 for not wearing a mask,” in certain indoor settings such as shopping centres, entertainment venues and on public transport, Berejiklian said.

Berejiklian noted that the previous outbreak had taken about four months to get to zero community transmission, adding “we do not want this outbreak to take as long as that.”