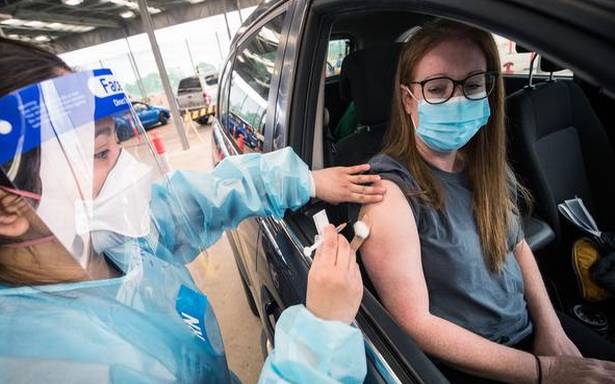 The State goes through a snap one-week lockdown

Australia’s Victoria statereported a steady rise in locally acquired COVID-19 cases on Monday, August 9, 2021, as the state’s near seven million population goes through a snap one-week lockdown, its sixth since the pandemic began.

Eleven new local cases were detected in Victoria, the same number as a day earlier, with all but one spending time in the community while infectious.

Victoria, home to Melbourne, was plunged into its sixth lockdown last Thursday, just weeks after exiting its last, as officials fight an outbreak of the highly infectious Delta variant. The current lockdown is due to end Aug. 12.

Australia is struggling to contain the Delta strain that has forced lockdowns in several of its big cities recently including Sydney, Brisbane and Adelaide.

In Brisbane, state capital of Queensland, authorities reported four new local cases on Monday, the first day after the city came out of stay-home restrictions.

With only 22% of people above 16 fully vaccinated, the frequent stop-and-start lockdowns have frustrated some Australians.

Prime Minister Scott Morrison is under fire for the sluggish rollout and an opinion poll by The Australian newspaper showed his public approval rating had hit its lowest level since the pandemic began.

Neighbouring New Zealand, which has not seen a community case since February, said on Monday that 11 of the 21 crewaboard container ship Rio De La Plata off the coast of Tauranga have tested positive for COVID-19.

As a precaution 94 port workers who spent time on the vessel while it was in port are being contacted and stood down until a negative test result is returned.