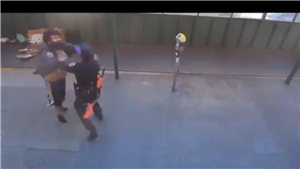 Surveillance video showed the female officer, who is of Asian descent, approach Gerardo Contreras, who went on to shove her and wrestle with her on the ground. 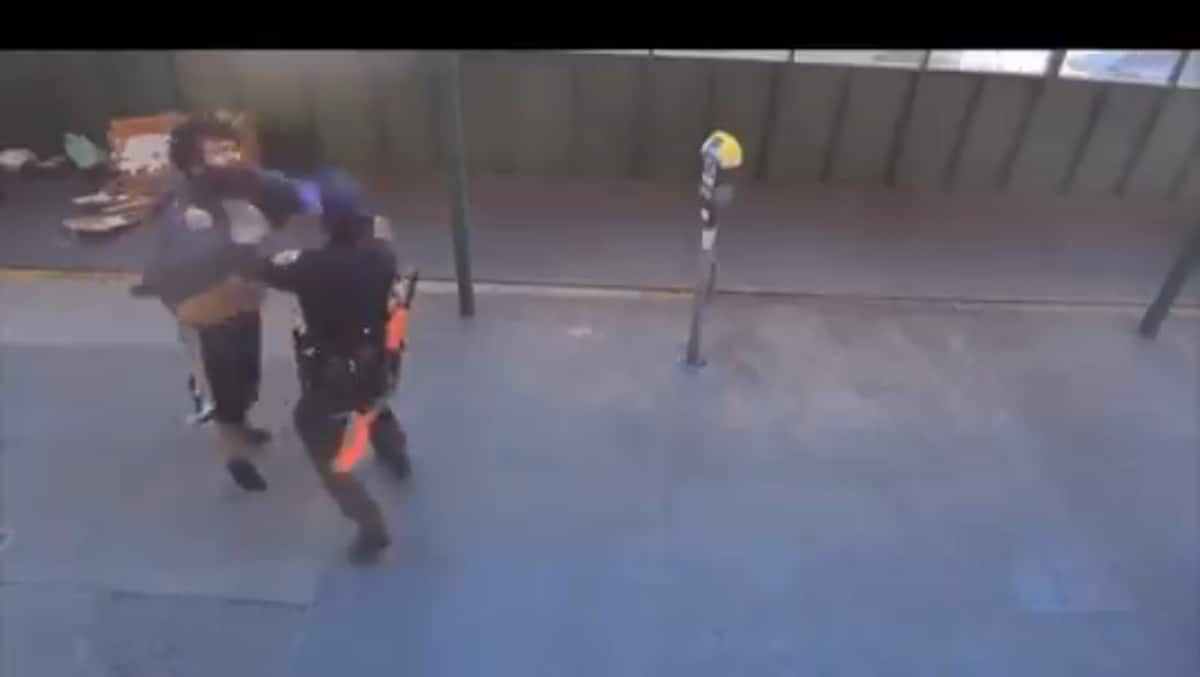 A San Francisco police officer responding to a call about a man making threats to people in Chinatown was attacked by the suspect, who was later arrested on assault and hate crime charges, authorities said. Surveillance video showed the female officer, who is of Asian descent, approach Gerardo Contreras on Friday and tell him to turn around and put his hands on his head.

The 33-year-old turned around, but while the officer puts on plastic gloves before patting him down, he turned back to face her, shoved her and then wrestled with her on the ground.

The video, first made public by the San Francisco Police Officers Association, showed four men rushing to help, hitting Contreras and trying to pull him off the officer as he punches her in the head and face. Shortly afterward, other officers arrived and arrested Contreras, who is apparently homeless with mental health issues and a record of prior arrests.

It wasn’t immediately known if Contreras has an attorney who can speak on his behalf.

The attack comes amid a wave of assaults against Asian Americans in San Francisco and across the country since the coronavirus pandemic took hold in the US.

Police spokesperson Robert Rueca confirmed the assault to the newspaper, saying, “We are not confirming the suspect’s statements toward witnesses or the Asian female officer. Our investigation is looking at aspects of this assault on the officer, which includes a possible hate crime and motive.”

Michael Waldorf had just finished eating dinner with his family when he saw the attack and jumped in with others to help the officer.

“I saw it as an emergency. She needed our help, and she needed it right away,” he said.