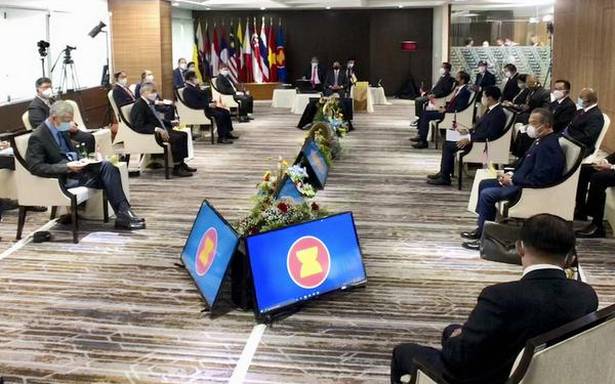 Indonesian President Joko Widodo has said that Southeast Asian leaders have demanded an immediate end to killings and the release of political detainees in Myanmar, in an emergency summit with its top general and coup leader in the Indonesian capital.

The leaders of the Association of Southeast Asian Nations also told Senior Gen. Min Aung Hlaing in the talks on Saturday in Jakarta that a dialogue between contending parties in Myanmar should immediately start, Mr. Widodo said, adding that the situation in the troubled Southeast Asian nation is unacceptable.

According to several independent tallies, daily shootings by police and soldiers since the February 1 coup have killed more than 700 mostly peaceful protesters and bystanders.

"Violence must be stopped, democracy, stability and peace in Myanmar must be returned immediately,” Mr. Widodo said during the meeting. “The interests of the people of Myanmar must always be the priority.” It was not immediately clear if and how Min Aung Hlaing responded to the blunt messages.

It was the first time he traveled out of Myanmar since the coup that led to the detention of Aung San Suu Kyi and many other political leaders.