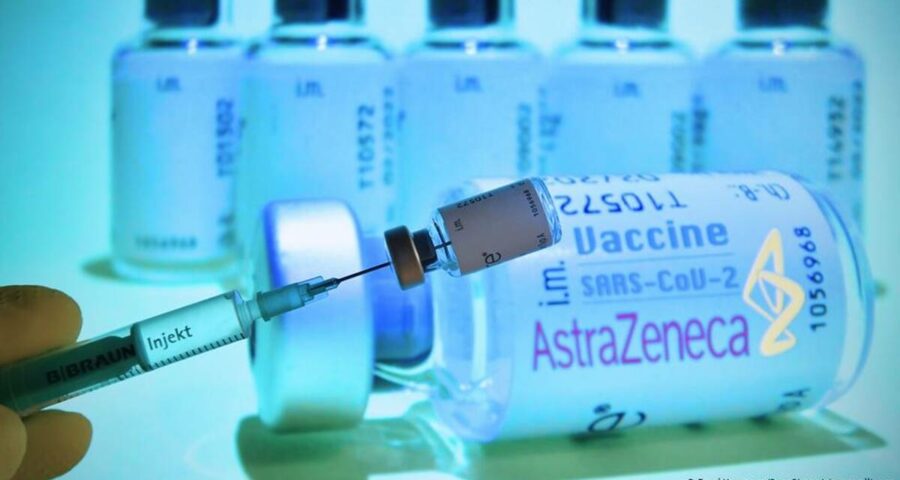 The EMA said on Friday that it had started reviewing reports of a bleeding condition in people who had received AstraZeneca's COVID-19 vaccine after five cases of capillary leak syndrome linked to the vaccine were reported. Two days after the European Medicines Agency (EMA) said that it had found a possible link between the AstraZeneca vaccine and rare blood clots in those inoculated, several countries have suspended the use of the shot while others have prescribed age limits for administering the shot. In a statement released Wednesday, the EU’s drug regulator placed no new restrictions on using the vaccine in people 18 and over.

Earlier this week, a senior official from the European Medicines Agency said there was a causal link between the AstraZeneca vaccine and the rare clots that have been seen in dozens of people worldwide, among the tens of millions who have received at least one dose of the shot.

The EMA on Friday said that it had started reviewing reports of a bleeding condition in people who had received AstraZeneca’s COVID-19 vaccine after five cases of capillary leak syndrome linked to the vaccine were reported.

Australia on Thursday recommended that the vaccine not be given to people under the age of 50. Prime Minister Scott Morrison said he had received a series of recommendations from an advisory group on Thursday night, and that chief among them was that the Pfizer vaccine should now be adopted as the preferred vaccine for people aged under 50. Morrison said the recommendations were made with an abundance of caution due to the rare but serious side effects, which have mostly been associated with younger people. “We’ve been taking the necessary precautions based on the best possible medical advice,” Morrison said. “It has not been our practice to jump at shadows.”

The Australian Technical Advisory Group on Immunisation also recommended that people under 50, who had already received their first AstraZeneca shot, should proceed with getting their second shot, as the medical advice indicated the rare blood clots only develop after the first dose.

Italy recommended on Wednesday that AstraZeneca’s COVID-19 shot only be used on those over 60 and Britain that people under 30 should get an alternative, due to possible links between the vaccine and very rare cases of blood clots.

Italy’s health authority recommended that the shot only be used on people over 60 years old but said those under 60 who have taken a first AstraZeneca shot can also take a second one.

An official in Britain said the new advice by a government advisory group that other vaccines should be chosen for those under 30 where possible was “really out of the utmost caution, rather than because we have any serious safety concerns”.

The head of Britain’s medicines regulator, June Raine, said the benefits outweighed the risks for the vast majority but were more balanced for younger people – for whom the risks from coronavirus infection are, on average, lower.

Wei Shen Lim, COVID-19 chair for Britain’s advisory Joint Committee on Vaccines and Immunisation, said it was preferable for adults under 30 with no underlying health conditions to be offered another vaccine.

France’s top health advisory body in charge of COVID-19 vaccines recommended on Friday that recipients of a first dose of the AstraZeneca shot who are under 55 should receive a second dose with a so-called messenger RNA vaccine.

“This is a logical choice and one of security,” Dominique Le Guludec, the head of the Haute Autorite de la Sante (HAS) told reporters. “Our approach is absolutely not to engage in a gigantic experimentation on the French population…We actually want to be cautious and not expose people to thromboembolic accidents, even though they are very rare,” she said.

Philippine health officials Thursday decided to temporarily suspend the use of the AstraZeneca Covid-19 vaccine for people below 60 following reports of rare blood clots.

The Department of Health and the Food and Drug Administration said experts were reviewing information related to AstraZeneca’s side effects to come up with a recommendation on the vaccine’s use. “We continue to underscore that the benefits of vaccination continue to outweigh the risks and we urge everyone to get vaccinated when it’s their turn,” FDA Director General Eric Domingo said.

Spain on Thursday limited the use of the AstraZeneca vaccine to the elderly due to concerns over links to extremely rare blood clotting. Spanish Health Minister Carolina Darias had announced on Wednesday after meeting with regional health chiefs that authorities would limit shots to those over 60 years old.

Until then, Spain had used AstraZeneca on its younger population, limiting it those under 65 years old. Darias said that authorities would now consider lifting that upper limit on the shot that forms a key pillar of the nation’s vaccination scheme. “Our strategy with AstraZeneca is pivoting” Darias said.

Hong Kong on Friday said that it will delay shipments of AstraZeneca’s COVID-19 vaccine this year amid mounting concerns over possible links between the shot and very rare cases of blood clots. The Chinese-ruled city had ordered 7.5 million doses from the British-Swedish company, which were scheduled to arrive in the second half of 2021.

Health Secretary Sophia Chan said the global financial centre had a sufficient supply of vaccines, with a total of 15 million doses of Germany’s BioNTech and China’s Sinovac – the only two vaccines available in the city. “Even if we have signed a pre-purchase agreement with AstraZeneca, we believe that AstraZeneca vaccines will not need to be supplied to Hong Kong this year, so as not to cause a waste when the vaccine is still in short supply globally,” Chan said.

Health officials in South Korea Thursday said that they will decide whether to resume administrating AstraZeneca’s coronavirus vaccines to people 60 and younger over the weekend. The injections were paused while regulators in Europe reviewed a possible link between the shots and rare blood clots.

The Korea Disease Control and Prevention Agency on Thursday noted that the European Medicine Agency emphasized that the benefits of receiving the AstraZeneca vaccine continue to outweigh the risks for most people, even though it said it had found a “possible link” between the shot and the rare clots.

South Korea’s mass immunization campaign has mainly relied on AstraZeneca shots produced locally by BK Bioscience. The country has so far administered first doses to about 1 million people. In the age group of 60 or under, South Korea has only been vaccinating hospital and emergency workers and people in long-term care settings.

Portugal will from now on recommend the AstraZeneca Covid-19 vaccine only for people aged over 60, the health authority DGS said on Thursday, amid concerns over possible links between the shot and very rare cases of blood clots.

The coordinator of the vaccination taskforce, Henrique Melo, said the decision would only have a “small” impact on the vaccination rollout. Melo said Portugal had already administered 400,000 doses of the AstraZeneca vaccine. Freitas urged those who had received a first dose to stay calm as the side effects were “extremely rare”.

The suspension for people under 60 is temporary and will be evaluated when there is more data available.

The Dutch government will limit use of the AstraZeneca COVID-19 vaccine to people above the age of 60 following rare cases of blood clots, Health Minister Hugo de Jonge said on Thursday.

“People over the age of 60, born in 1960 or earlier, can safely continue to receive an injection of AstraZeneca. People under the age of 60 will receive a different vaccine,” the government said in statement.

But de Jonge stressed the greater risks for older adults from COVID-19. “The risk of health damage as a result of COVID-19 in people over 60 is many times greater than the risk of the very rare reported side effect of severe thrombosis with a low platelet count,” he said.