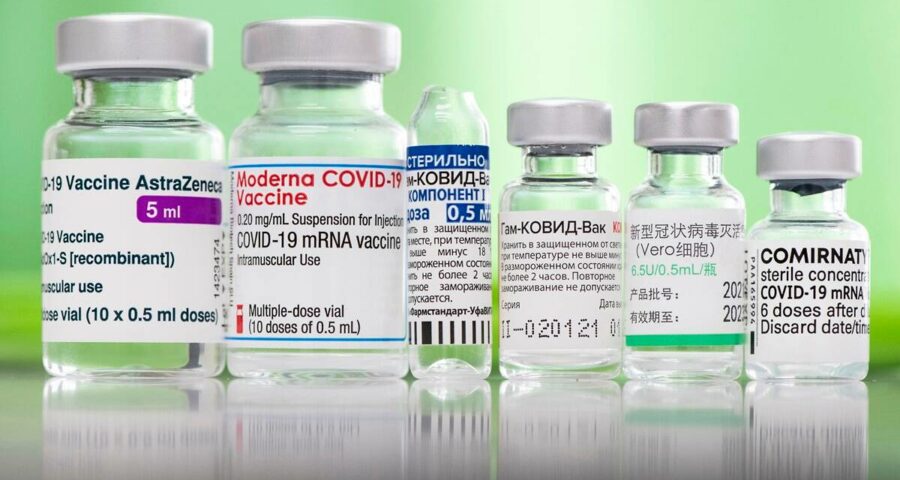 According to Bloomberg’s Covid-19 Vaccine Tracker and figures provided by Our World in Data, a University of Oxford-led initiative, more than 580 million doses of the vaccine have been administered around the world. Countries around the world have stepped up vaccination as new variants of the novel coronavirus emerge. According to Bloomberg’s Covid-19 Vaccine Tracker and figures provided by Our World in Data (a University of Oxford-led initiative), more than 580 million doses of the vaccine have been administered and 127 million people fully vaccinated. However, that accounts for under 2% of the global population as there are many countries that are yet to kick off inoculation drives.

As per data from the aforesaid sources, European nations seem to be faring better than the rest of the world. Vaccine rollouts in advanced economies are better than those in emerging and developing countries as the latter is largely dependent on imports. On the other hand, despite being two of the largest vaccine manufacturers, India and China, too, have struggled to inoculate large percentages of their populations.

As governments race to administer the Covid-19 vaccine, here are the countries that have been able to vaccinate the most number of people to date:

Israel has vaccinated 52.6% of its population with 4.76 million people being fully vaccinated. Its small size, both in terms of area and population, well-developed infrastructure, strong healthcare system and the highly centralised government have all played a role in Israel’s vaccination success. 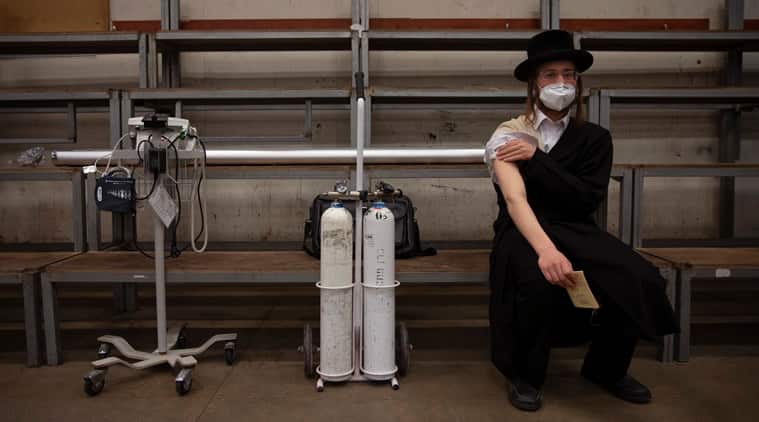 Prime Minister Benjamin Netanyahu also managed to stock up the vaccine by allowing manufacturers to collect health data and gauge effectiveness of the shots. Added to this is the low level of vaccine hesitancy in the country as Israelis place a lot of trust in their medical professionals, an attitude that is characterised by the Wall Street Journal as a “cradle-to-grave” relationship.

According to a survey by the Imperial College, London and YouGov, 48% of Israelis had a lot of trust in the vaccine while only 4% reported not trusting it at all. Amongst other high-income nations, only the UK had more trust in the vaccine (52%). France and Germany reported 18% and 22% respectively.

The Seychelles has vaccinated 37.76% of its population with 36,866 people being fully vaccinated. Benefiting from having great relations with India and the UAE, along with a very small population, this tiny island nation has managed to fully vaccinate over 37% of its citizens. The Seychelles is heavily dependent on tourism which took a huge hit in 2020, dropping by 70% according to a government statement.

As a result, the country initiated a phased reopening of borders in June and dropped all quarantine requirements for travellers in February 2021, provided they could show a negative RT-PCR test taken within 72 hours of their travel. However, while the vaccination roll out has been successful, cases have also risen sharply. In all of 2020, the country reported 275 Covid-19 cases, a number that has since increased to 4,135.

The UAE has vaccinated 22.39% of its population with 2.19 million people being fully vaccinated.

Having been hit by the dual blow of Covid-19 and declining oil prices, the UAE was forced to act fast to revive its economy. In December, it was the first country to approve China’s SinoPharm vaccine for general use. Despite no conclusive data on the efficacy or side effects, the UAE government claimed that it was 86% effective and urged its citizens to get vaccinated.

In late March, UAE technology company, G42, announced a joint venture with SinoPharm called Hayat-Vax that would produce a rebranded version of the product. G42 announced that it had the initial capacity to produce 2 million doses of the vaccine per month, a number that would eventually increase to 200 million doses per annum. The UAE has also opened up vaccinations to all residents above the age of 16.

Monaco has vaccinated 21.38% of its population with 8,331 people being fully vaccinated.

Addressing the media in January, President of the Monaco National Council said he hopes to vaccinate 80,000 people “as soon as possible”. Monaco first pre-ordered 15,600 doses of the vaccine in summer 2020, an early start that allowed it to secure sufficient supply to inoculate its entire population. Additionally, Monaco provided free Covid-19 tests to all citizens during holidays, without requiring them to present a prescription for the same. As a small, rich and well-connected nation, Monaco was adequately equipped to conduct a wide-spread vaccination campaign, an effort that is reflected in its successful roll out.

Chile has vaccinated 18.54% of its population with 3.51 million people being fully vaccinated. Suffering from one of the worst Covid-19 outbreaks in Latin America along with a constitutional crisis and mass protests, the Chilean government signed early agreements with a host of vaccine manufacturers in order to secure enough doses. Chile has fared far better than its neighbouring countries and has organised Latin America’s fastest per-capita vaccination drive.

America has vaccinated 16.28% of its population with 53.4 million people being fully vaccinated. 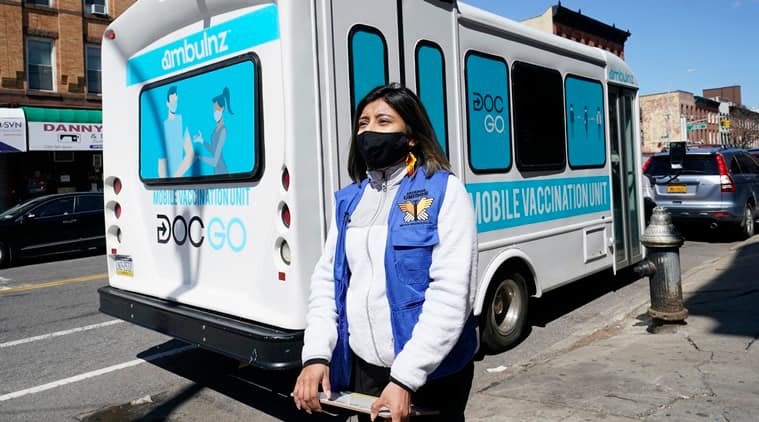 The USA initially topped the list of countries with the worst response to the pandemic but managed to turn its fortunes by rolling out an incredibly efficient and wide-ranging vaccination campaign. Under Operation Warp Speed, the US pursued vaccine procurement through a massive public-private partnership that prioritised speed over details like cost and potential side effects. Within a month of Joe Biden’s presidency, vaccine manufacturing increased significantly as Moderna announced that it could deliver 200 million doses a month by the end of May. Policies implemented by both Trump and Biden fuelled this success. Under the Trump administration, manufacturers were tasked with constructing or expanding nearly two dozen plants under the Defence Production Act. President Biden took it one step further, ensuring that the federal government could help Pfizer obtain the heavy machinery that it needed and to force a key subcontractor into 24/7 production so that the vaccine could be bottled faster.

Through an unprecedented stimulus bill, the Biden administration allocated $20 billion towards the creation of a national vaccine distribution plan and a further $50 billion towards ramping up testing efforts.

Bahrain has vaccinated 15.42% of its population with 253,000 people being fully vaccinated.

Bahrain became only the second country after the UK to grant emergency approval to the Pfizer vaccine. Additionally, like the UAE, it approved the SinoPharm vaccine as well. It was also the first country to allow vaccine appointments via a mobile app called the BeAware app, initially launched as a contact tracing mechanism at the start of the pandemic.

Serbia has vaccinated 14.49% of its population with 1.01 million people being fully vaccinated. 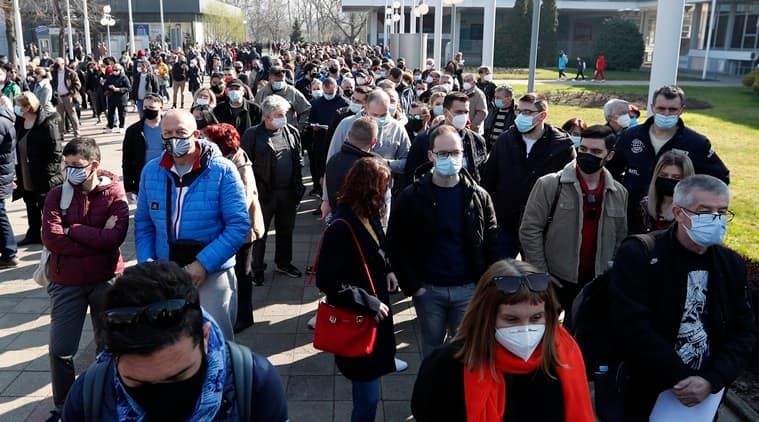 The Serbian Prime Minister was the first European leader to receive the Pfizer vaccine, while his Health Minister was injected with SinoPharm and Internal Affairs Minister, the Russian vaccine, Sputnik V. Despite official insistence that Serbia acted apolitically, it benefitted from being in the middle of battle waged by Russia and China for supremacy in Eastern Europe. The strategy of leveraging China against Russia paid off handsomely with Serbia acquiring large doses of the vaccine while other European countries have struggled with supply. Serbia has emerged as one of the leading vaccine administrators in Europe, recently announcing that it would offer free vaccinations to any foreigners who entered.

Malta has vaccinated 10.41% of its population with 52,340 people fully being vaccinated.

Despite proving to be the exception in terms of its willingness to buy vaccines in bulk, Malta credits the EU for its smooth vaccine rollout. Health Minister Chris Fearne claimed in an interview that the “unprecedented” pool purchasing by Brussels of vaccine doses reduced competition that would have prevented smaller countries like Malta from buying vaccines. In addition to its procurement strategy, Malta also implemented a number of good practices, including hiring non-medical workers to administer the vaccine and reaching out to a large range of manufacturers to purchase supplies like syringes.

Morocco has vaccinated 9.78% of the population with 3.57 million people being fully vaccinated.

Morocco’s vaccination campaign, at the beginning, faced a lot of challenges as cases were skyrocketing and despite promises from government officials that the vaccination roll out would take place in mid-December, the programme didn’t start until four weeks later. A Lancet study found that most Moroccans were reluctant to take the vaccine. While the government attempted to allay fears by insisting that the vaccine was not mandatory, it also drafted (but did not ratify) legislation suggesting the opposite. However, regardless of its decision, like many other countries on this list, targetting multiple vaccine suppliers proved to be an effective solution.

(The list does not take into account Overseas Territories and Dependencies, including Gibraltar, the Cayman Islands, Bermuda and the Isle of Man)