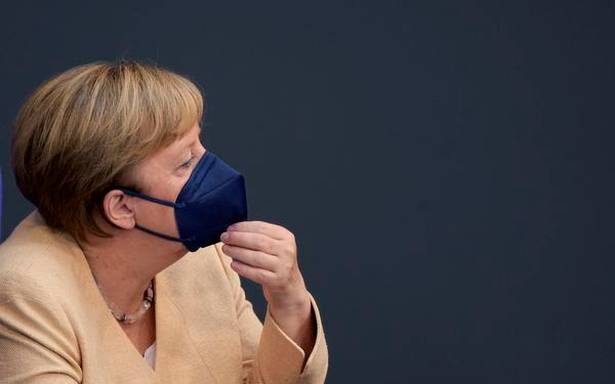 Ms. Merkel’s comment comes after Vice Chancellor Olaf Scholz said that fully vaccinated people have been “the guinea pigs for those who so far have held off.”

German Chancellor Angela Merkel has publicly rebuked a top rival politician’s comments describing people who have been vaccinated against COVID-19 as “guinea pigs.” The long-serving leader said on Tuesday in a speech in the Parliament that “none of us was and is any way a guinea pig when it comes to vaccination.”

Vice Chancellor Olaf Scholz, whose center-left Social Democrats Party currently leads polls, ahead of Germany’s September 26 elections, recently said that fully vaccinated people have been “the guinea pigs for those who so far have held off.” He added that he was vaccinated and others should follow.

Ms. Merkel, however, did not appear to agree with her deputy’s message in her Tuesday speech.

The chancellor said that “neither Olaf Scholz nor me, and no one else” was a “guinea pig” in taking the fully tested and approved vaccines in Germany.

Merkel’s center-right bloc is struggling in polls ahead of nationwide elections.