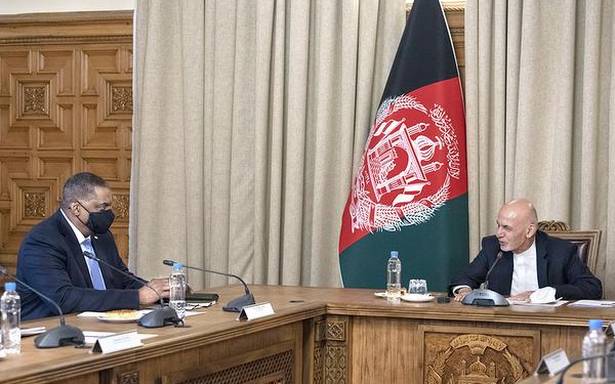 Plan moots political settlement with Taliban and a ceasefire

Afghan President Ashraf Ghani has drawn up a new proposal for peace with the Taliban ahead of an international conference aimed at jump-starting faltering talks between the two warring sides, official sources said.

It comes after the U.S. — backed by Russia and other stakeholders — said in its own leaked proposal that it wants to see some form of transitional government involving the Taliban, although Mr. Ghani has insisted leaders can only be chosen at the ballot box.

According to official sources, Mr. Ghani intends to present his three-stage plan at a UN-backed conference in Turkey to be attended by the U.S., Russia and other key regional countries. A date for the event has not been finalised.

The U.S. is just weeks away from a May 1 deadline to withdraw all foreign troops from Afghanistan as part of a deal agreed with the hardline group last year — a date U.S. President Joe Biden has said will be tough to meet.

He then proposes holding an early presidential election in which the Taliban could take part to form a “government of peace”.