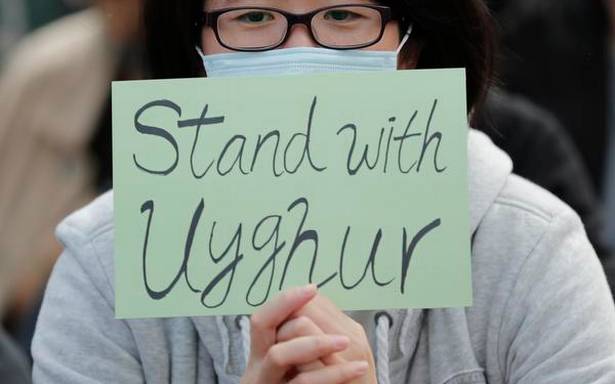 Forty-three countries have called on China to “ensure full respect for the rule of law” for the Muslim Uighur community in Xinjiang, in a statement read at the United Nations on Thursday that sparked outrage from Beijing.

The declaration, signed by the United States as well as several European and Asian member states and others, accused China of a litany of human rights violations against the Uighurs, including torture, forced sterilisation and forced disappearances.

“We call on China to allow immediate, meaningful and unfettered access to Xinjiang for independent observers, including the UN High Commissioner for Human Rights and her office,” the countries said in a joint statement, read at the United Nations by France.

“We are particularly concerned about the situation in the Xinjiang Uighur Autonomous Region,” the statement continued, citing “credible” reports that “indicate the existence of a large network of ‘political reeducation’ camps where over a million people have been arbitrarily detained.”

Beijing has long denied accusations of ethnic cleansing against Uighurs and other Muslim Turkic people in Xinjiang, where experts have estimated that more than one million people are incarcerated in camps.

Its ambassador to the United Nations Zhang Jun furiously denounced on Thursday what he termed the “lies” and “a plot to hurt China”.

“Xinjiang enjoys development and the people are emancipating themselves every day and are proud of the progress made,” he said.

Up for a friendly visit

And while Mr. Zhang told media that China was willing to host a “friendly” visit to the region, he did not agree to an inquiry by the UN human rights commissioner.

He accused Washington, Paris and London of having a “terrible human rights record.” Beijing accused the U.S. for “ethnic cleansing” against Native Americans and accused France of committing “crimes against humanity” in its former colonies.