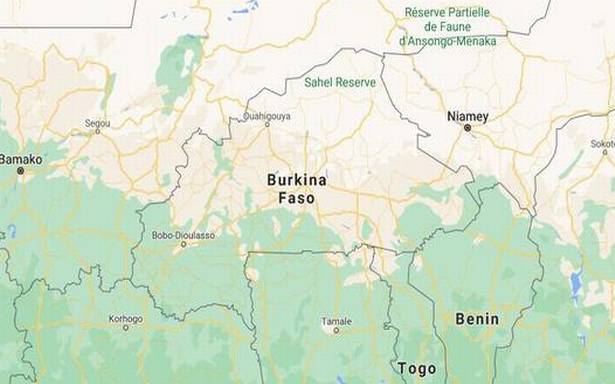 The army was hunting for the attackers and helping the civilian population, the security source added.

Assailants have killed at least 14 people in a raid on a village in northern Burkina Faso, security and local sources said on Saturday.

The unidentified attackers killed 13 people “among the civilian population” in the village of Tadaryat late on Friday, and a member of the army auxiliary who had come to help them, a security source told AFP. A local source confirmed the toll.

The army was hunting for the attackers and helping the civilian population, the security source added.

“The attackers carried off several things belonging to the local people including motorbikes and livestock,” said the local source, who asked not to be identified.

Burkina Faso, a poor, landlocked country in the heart of the Sahel, has been fighting a brutal Islamist insurgency.

Tadaryat is near Tokabangou, part of the Markoye commune in Oudalan province, near the border with Mali to the north, and Niger to the east.

Another security source said a military convoy and members of the VDP civilian auxiliary had clashed with forces at Katia, in the same zone on Friday, but there had been no casualties.

The same source also referred to another attack, overnight Friday to Saturday, against a VDP base, and against civilians at Solhan, in Yagha province, a little further southeast, which borders with Niger. There were no immediate details on any casualties.

The VDP (Volunteers for the Defence of the Motherland) is an anti-jihadist civilian defence force set up in December 2019 to help the former French colony’s poorly equipped military fight jihadists.

The volunteers are given two weeks’ military training, and then work alongside the security forces, typically carrying out surveillance, information-gathering or escort duties.

The VDF has suffered more than 200 fatalities, according to an AFP tally.