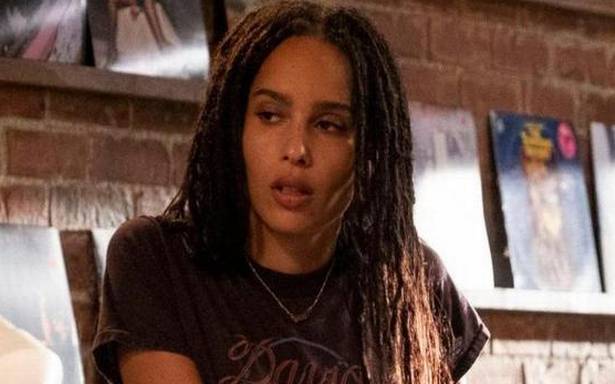 Titled ‘Pussy Island’, the film follows a young and clever Los Angeles cocktail waitress who has her eyes set on a philanthropist and tech mogul

“Big Little Lies” star Zoe Kravitz is set to make her feature directorial debut with “Pussy Island”, which has “Magic Mike” star Channing Tatum on board as one of the leads.

Kravitz, who got writing and producing experience on “High Fidelity”, co-wrote the genre thriller with E T Feigenbaum.

Kravitz said she is excited to step into this “new phase” as a director.

“There’s absolutely a thriller element to the film, but it has comedy, drama and real heart. At heart through, it’s a genre thriller… I started writing this story in 2017. As a woman in general, and a woman in this industry, I’ve experienced some pretty wild behavior from the opposite sex.”

“The title was kind of a joke at first, this place where people would go, bring women, party and hang out. The story evolved into something else, but the title wound up having multiple meanings. And it alludes to this time and place we claim to not be in anymore, in terms of sexual politics,” she told Deadline.

“Pussy Island” follows Frida, a young and clever Los Angeles cocktail waitress who has her eyes set on the prize: philanthropist and tech mogul Slater King, played by Tatum.

“When she skillfully maneuvers her way into King’s inner circle and ultimately an intimate gathering on his private island, she is ready for a journey of a lifetime. Despite the epic setting, beautiful people, ever-flowing champagne and late-night dance parties, Frida can sense that there’s more to this island than meets the eye. Something she can’t quite put her finger on. Something terrifying,” reads the official synopsis of the film.

Tatum said he was “shocked” when Kravitz offered the project to him “This came out of nowhere and the subject matter made me say, wait, why are you thinking about me for this? “No one gives me a chance to play a role like this, everybody throws me down a different alley and expects me to do a certain thing. It was scary and liberating, just to be able to have a free conversation, where I was allowed to mess up, and say the wrong things,” he added.

Kravitz and Tatum will also produce “Pussy Island” along with Bruce Cohen and Tiffany Persons.

The film is a co-production between This Is Important, Free Association and Bruce Cohen Productions.

Production is expected to begin early next year on an undisclosed tropical island.