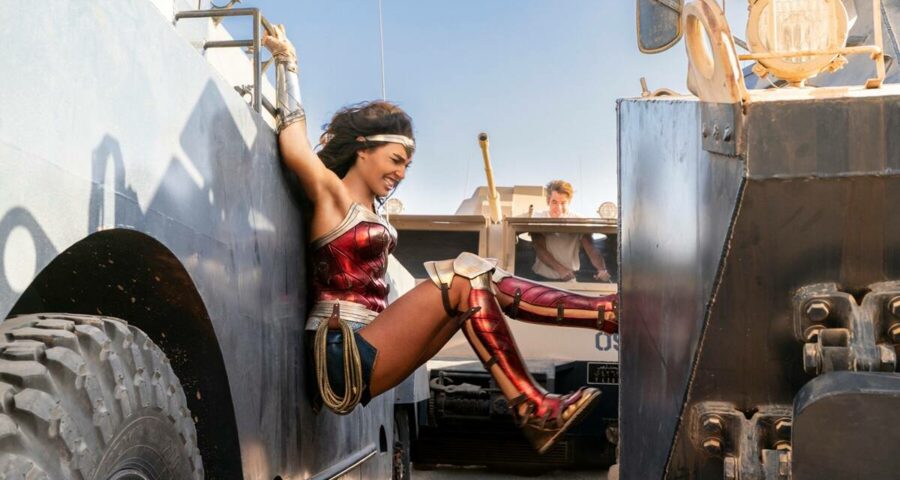 Wonder Woman 1984 was the sequel to 2017’s Wonder Woman and brought back Gal Gadot in the role of the titular superhero. Patty Jenkins returned too as the director.

The film’s opening scene had Diana, as a child, participating in an elaborate athletic tournament on Themyscira against much older participants. She falls from her horse and takes a shortcut, and misses a checkpoint. Robin Wright’s Antiope disqualifies her and teaches a lesson about honesty. The scene was breathtakingly well-shot with great music and also set the tone for the movie.

With a bigger budget, Jenkins and the team were able to shoot and produce action scenes that were better and bigger in scale. While the action in the first movie was also good, it was Wonder Woman 1984 that revealed what Wonder Woman was capable of.

With the addition of Kristen Wiig and Pedro Pascal, along with the return of Chris Pine, the film was full of great performers, and they delivered. Pascal, particularly, was the highlight of the movie.

You might fault Wiig’s Cheetah for being one-note and not as interesting, but the actor’s performance more than made up for it. Pascal as Maxwell Lord was compelling, scary, and more than everything, extremely human and relatable.

Now, here are a few things that did not work:

While everyone was happy to see Chris Pine returning to the role of Steve Trevor, his return felt forced and did not make sense. The writers could easily have made his return possible without making his soul inhabit another human being.

The 1980s setting also did not much make sense. It was visually interesting, yes, but little else. The film could easily have been set in the 21st century.

The ending of the movie felt too convenient. Maxwell Lord granted wishes to a large population, but when he made them renounce their wishes, things returned to normal all of a sudden. There must have been a huge impact on everybody getting what they want, but no, the film ended with everything returning to normal.