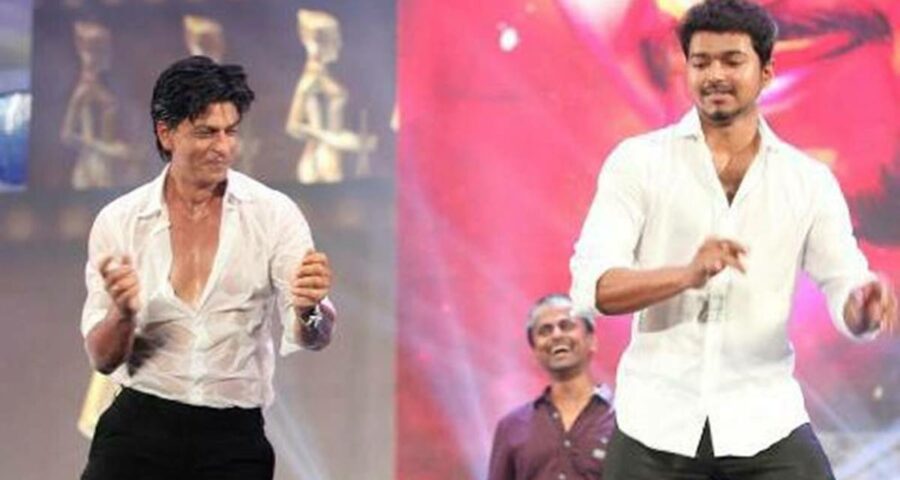 Instead of simply handing the award to Vijay and exiting the stage, Shah Rukh Khan did something completely off script. He began to persuade Vijay to shake a leg with him. 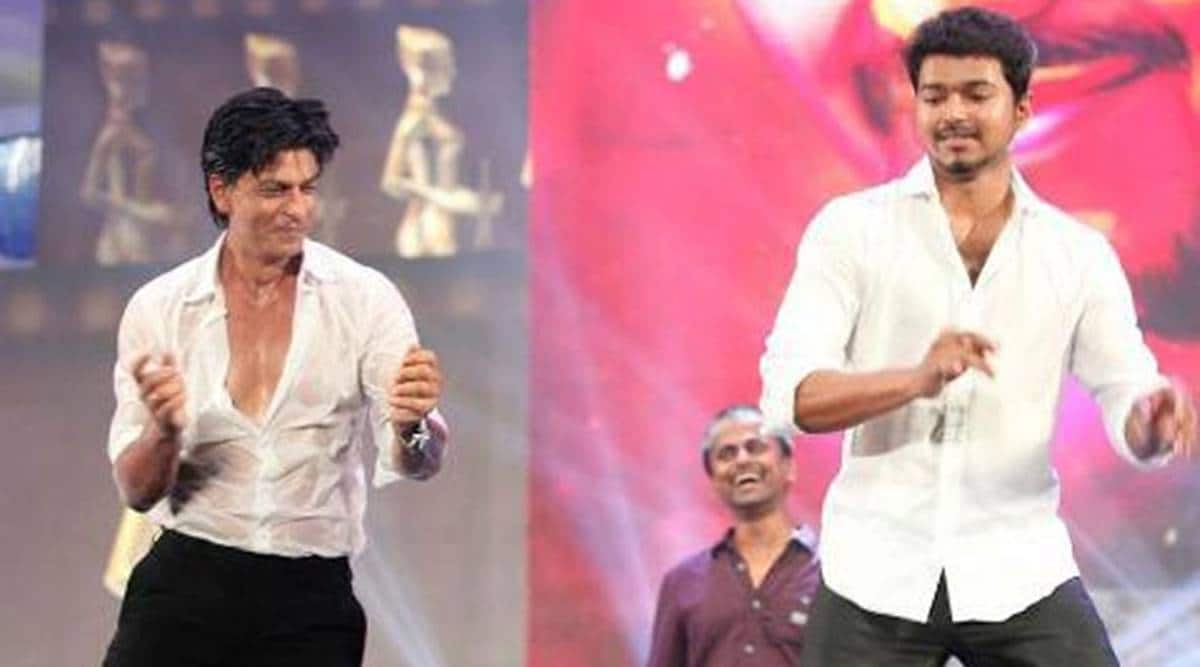 Tamil superstar Vijay last year broke the internet with his dance moves in Master song “Vaathi Coming”. The audio release function of Master was held in mid-March last year. India was not completely overrun by coronavirus at the time, even though people had concerns about it. That was the reason why the producers opted to make the launch a low-key affair as opposed to the usual extravaganza that marks the audio launch of a Vijay film. Instead of holding the event at a vast ground or college auditorium, the filmmakers opted for a high-end hotel to limit the size of the crowd.

And surprisingly, Vijay seemed to go out of the way to cheer up his fans at the event. He looked sharp in a black suit. And as soon as he came on stage to deliver his speech, he broke into a dance without any prompting, much to the delight of his fans. Nothing complicated. He just did a few easy moves along with his co-star Shanthanu and the film’s music director Anirudh Ravichander to the tune of “Vaathi Coming”. And needless to say, his dance moves and “Vaathi Coming” became a rage on the internet.

The previous memory of Vijay dancing before a live crowd was about eight years ago. And the credit for that goes to Bollywood superstar Shah Rukh Khan. In 2013, Shah Rukh Khan was in Chennai to attend an award function. The summer heat and the city’s humidity had gotten the better of SRK. And the faulty air conditioner at the posh hotel made the heat intolerable. He was dripping with sweat. But the high temperature did not kill his charm, energy and his innate talent to make everyone feel good with his antics.

SRK was about to hand a trophy to Vijay honouring his performance in the 2012 action film Thuppakki. Well, he is not the one to play by rules. Instead of simply handing the award to Vijay and exiting the stage, he did something completely off script. He began to persuade Vijay to shake a leg with him. And, it is not easy to say no to King Khan when he asks you so politely, no? After a few minutes of awkward silence on stage, Vijay begins to move to “Google Google” song, which was sung by him for Thuppakki. And SRK follows Vijay’s lead as he tries to mimic one of the best dancers in Indian cinema.

Maybe that day SRK’s penchant to entertain his fans in all available platforms rubbed off on Vijay.