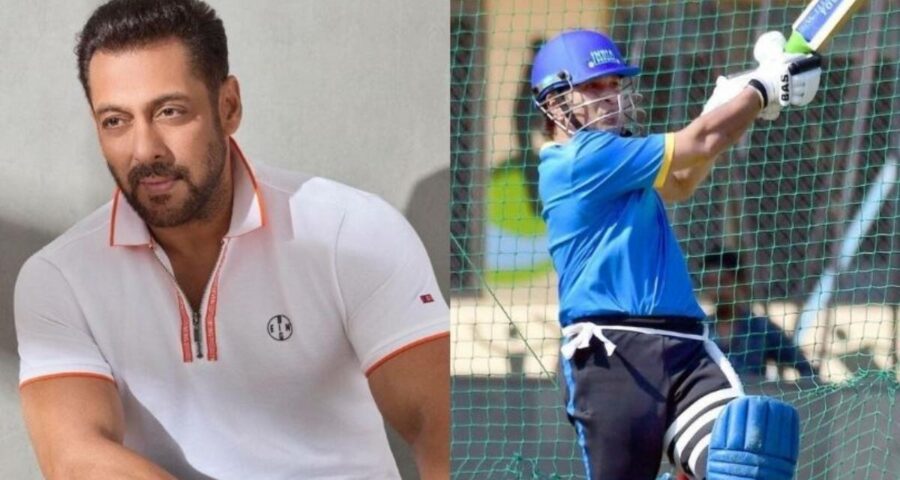 Salman Khan asked Sachin Tendulkar who could break his 100 century record and the cricketer named Virat Kohli and Rohit Sharma. At a party hosted by Mukesh Ambani in 2012 to celebrate Sachin Tendulkar hitting his 100th century in international cricket, Salman Khan had a playful question for him. In a video that went viral back in the day, Salman was seen speaking to Sachin about his record, and who he thinks will eventually break it.

The party was attended by the bigwigs of Bollywood, including Lata Mangeshkar, Abhishek Bachchan, Aishwarya Rai Bachchan, Aamir Khan, Kiran Rao and Hrithik Roshan, among others. Priyanka Chopra was the compere for the evening.

“I hope this record breaks because records are made to be broken. I am trying to break Aamir’s records for a while now but in vain,” Salman joked as he came on stage. “Ek do sau ho jaye kya bidu (Let us have a 200-century record now)? You have already made 100, all you need to do is make another 100. How much time it can take?” Sachin became the first – and until now only – cricketer to score a hundred international centuries.

He went on to say, “Sachin ke record todna mushkil hi nahi namumkin hai. Aur ye Don nahi mai bol raha hu. I can say this because my father has written the film and Mr Amitabh Bachchan has acted in it. I have the right to use the dialogue.” Salman then asked Sachin: “Who do you think will break your 100-century record?”

Sachin replied, “I see many youngsters in the back. They can break my record. Virat (Kohli) and Rohit (Sharma) are the ones. As long as an Indian breaks my record, I don’t mind.” In 2012, Sachin was the captain of the Indian Premier League (IPL) team, Mumbai Indians. The team is owned by Mukesh Ambani’s Reliance Industries. Currently, Virat Kohli is the Captain of the Indian cricket team. Sachin’s words are rather prophetic as Virat has made 70 centuries in international cricket, with 27 in Test cricket and 43 in One Day Internationals (ODIs).

After an illustrious career, Sachin retired in 2013, after playing his last match against West Indies in Mumbai.

Recently, Salman Khan celebrated 22 years of Hum Dil De Chuke Sanam, which was directed by Sanjay Leela Bhansali. The film starred Aishwarya Rai Bachchan and Ajay Devgn, and emerged as one of the biggest blockbusters of 1999. All the three actors shared photos on their respective Instagram accounts, remembering the film for its stellar music, cinematography and storyline. The story revolved around a rich lawyer, Vanraj (Ajay), who is willing to travel to the ends of the earth for his wife Nandini (Aishwarya) to reunite with her lover Sameer (Salman).

Salman was last seen in the film Radhe, which starred Disha Patani.