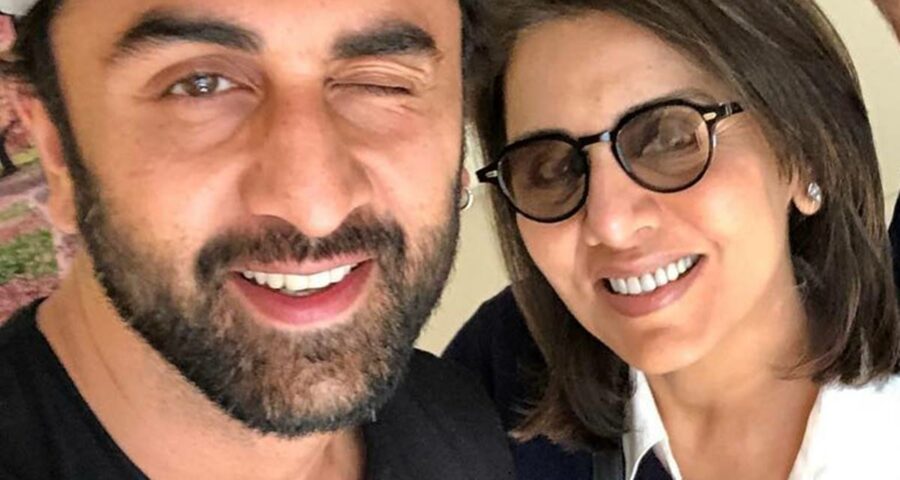 Neetu Kapoor has often spoken about her bond with children Ranbir Kapoor and Riddhima Kapoor Sahni. In an old interview, she opened up on how Ranbir is different from dad Rishi Kapoor. On Neetu Kapoor’s birthday, we dig into an old video of Ranbir Kapoor where he spoke about being a “mumma’s boy.” The actor was in a conversation with Simi Garewal. When Simi asked if he is a ‘mumma’s boy’, Ranbir replied, “Yes, I am.” In the same video, Simi surprised Ranbir with a video from his parents Neetu Kapoor and Rishi Kapoor.

Neetu, confirming Ranbir’s statement, said, “He is a mumma’s boy because I am very close to him. He cares for me. He has never hurt me or gone against me. Whatever I say, he never says no.” The actor also spoke about how Ranbir is different as compared to his father Rishi. “My husband was more brash. He is a little loud. Ranbir is a very soft person,” Neetu said.

Rishi also had his point of view in this mumma’s boy conversation. He said, “His mama adores him and he adores mama but I don’t think he shares everything with her. There must be a few things that he keeps to himself but surely, doesn’t tell me.”

When Simi questioned Ranbir if Neetu Kapoor gets to know about his love life, Ranbir said he has always been honest with his parents, “especially with my mom.” Agreeing with Ranbir, Neetu replied, “He does tell me about his girlfriends sometimes, but more when he was a kid,” adding that she also lets him know if she does not like someone, “If I felt that the girl is not nice, I will say it in my own way but won’t say get married or don’t make her your girlfriend.”

Neetu has often spoken about son Ranbir and daughter Riddhima Kapoor Sahni. Recently, she opened up on her bond with the two during a conversation with Filmfare. With Ranbir, Neetu said that she shares a special relationship, which also includes the two talking everything about movies. Calling herself a movie buff, Neetu said, “We always discussed movies. Since the beginning, we shared such a relationship. Now, I also discuss the scripts that come to me. Any films offered to me, I discuss with him.”

She also revisited the time when Ranbir took her out on a lunch with the money he saved up. “I remember a nice incident of Ranbir from a Mother’s Day gone by. He had just started earning, I think she was an assistant director in Black then and he had made some money and it was Mother’s Day and he took me to a restaurant called Just Eat Around the Corner. It served lunches for Rs 100 or so and we had to fill the whole plate at one go. So that was my best Mother’s Day as we stood in a line with a plate and I saw everyone was piling up their plate with food as you could go only once to fill the plate. And I was the proudest mother that day, as that was the first ever lunch my son had taken me out for.”

Neetu Kapoor is all set to be seen in Raj Mehta directorial Jug Jugg Jeeyo. The film will mark her first on-screen appearance after Rishi Kapoor’s death.