Remembering Irrfan Khan, we revisited one of his interviews where he opened up on his relationship with wife Sutapa Sikdar. 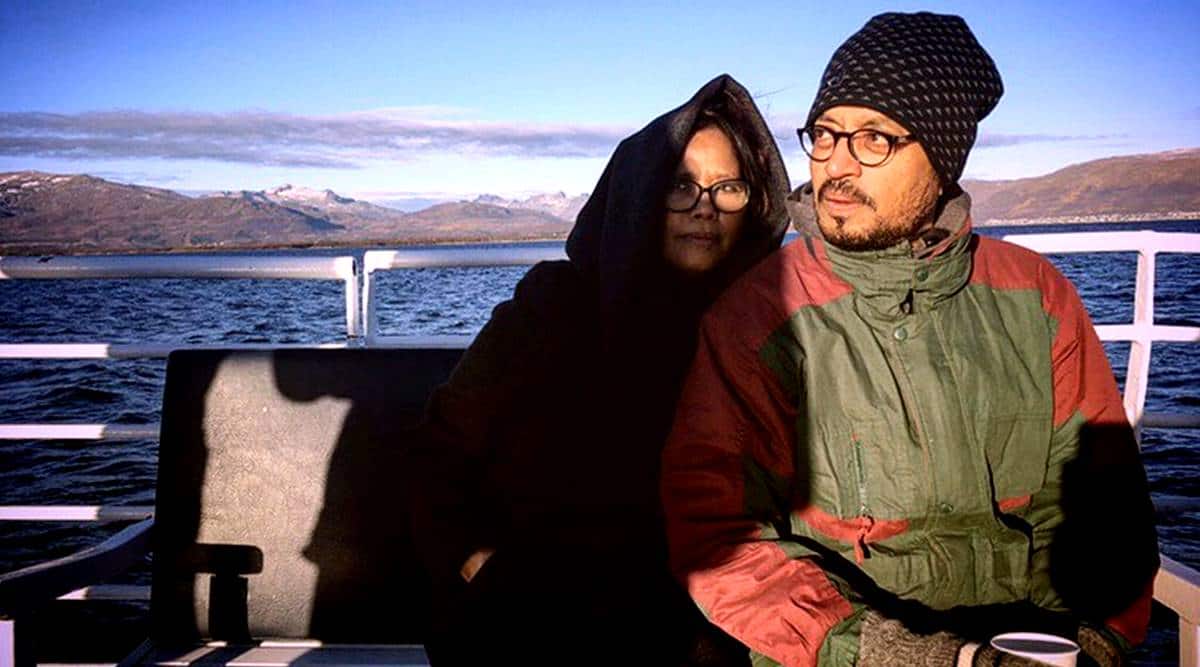 It is going to be a year since cinema lost one of its gem, Irrfan Khan. Remembering the actor, we revisited a throwback interview where he opened up on his equation with wife Sutapa Sikdar and how he believed she had a better understanding of a performance than him.

In the interview, which took place during Qarib Qarib Singlle promotions, Irrfan said that his bond with Sutapa initially was that of a friend than a romantic partner. Describing her, Irrfan said, “She was outgoing type. She was from Delhi, the very happening type.” Irrfan and Sutapa were in the same batch of National School of Drama.

“We used to interact a lot. Somehow, we used to talk about our fears and aspirations. That was the beginning. We were more of friends. We remained more of friends than becoming romantic partners,” Irrfan continued.

Irrfan breathed his last on April 29 in Mumbai. He passed away after a long battle with cancer.

After his demise, Sutapa wrote a heart-wrenching note paying tribute to the actor and describing the last two and a half years with him.

“It’s difficult to explain what a wondrous, beautiful, overwhelming, painful and exciting this journey has been. I find this 2 and 1/2 years to have been an interlude, which had it’s own beginning, middle and culmination with Irrfan helming the role of the orchestra conductor, separate from the 35 years of our companionship, ours was not a marriage, it was a union,” she wrote in a long post.

“How can I write this as a family statement when the whole world is taking it as a personal loss? How can I begin to feel alone when millions are grieving with us at the moment? I want to assure everyone that this is not a loss, it is a gain. It’s a gain of the things he taught us, and now we shall finally begin to truly implement it and evolve. Yet I want to try to fill in the things that people don’t already know.

It’s unbelievable for us but I would put it in Irrfan’s words, “it’s magical” whether he is there or not there, and that’s what he loved, he never loved one dimensional reality. The only thing I have a grudge against him is; he has spoiled me for life. His strive for perfection doesn’t let me settle for ordinary in anything. There was a rhythm which he always saw in everything, even in cacophony and chaos, so I have learnt to sing and dance to the music of that rhythm, even with my tone-deaf voice and two left feet. Funnily, our life was a masterclass in acting, so when the dramatic entry of the “uninvited guests” happened, I had by then learnt to see a harmony in the cacophony. The doctor’s reports were like scripts which I wanted to perfect, so I never miss any detail that he sought for in his performance. We met some amazing people in this journey and the list is endless, but there are some whom I have to mention, our oncologist Dr. Nitesh Rohtogi (Max hospital Saket) who held our hand in the beginning, Dr. Dan Krell (UK), Dr. Shidravi (UK), my heartbeat and my lantern in the dark Dr. Sevanti Limaye (Kokilaben hospital). It’s difficult to explain what a wondrous, beautiful, overwhelming, painful and exciting this journey has been. I find this 2 and 1/2 years to have been an interlude, which had it’s own beginning, middle and culmination with Irrfan helming the role of the orchestra conductor, separate from the 35 years of our companionship, ours was not a marriage, it was a union. I see my little family, in a boat, with both my sons Babil and Ayaan, paddling it forward, with Irrfan guiding them “wahan nahi, yahan se modo” but since life is not cinema and there are no retakes, I sincerely wish my children sail this boat safely with their father’s guidance in mind and rockabye through the storm. I asked my children, if possible, they could sum up a lesson taught by their father that has been important to them;

Babil: ’Learn to surrender to the dance of uncertainty and trust your faith in the universe”
Ayaan: “Learn to control your mind and to not let it control you.”

Tears will flow as we will plant a raat ki rani tree, his favourite, to the place where you have put him to rest after a victorious journey. It takes time but it will bloom and the fragrance will spread and touch all the souls whom I won’t call them fans but family for years to come.”