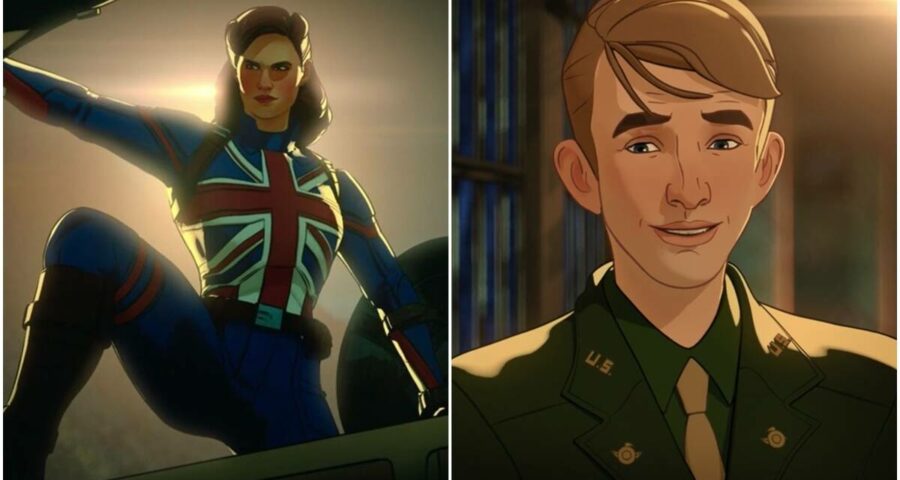 Let's look at five key takeaways and Easter eggs from the first episode of What If…? Marvel Studios’ What If…? premiered on Wednesday with an episode titled “What If… Captain Carter Were The First Avenger?”. As the title suggests, the first entry in this animated alternate reality series considers the scenario in which Peggy Carter was injected with the Super Soldier serum and became the First Avenger — Captain Carter.

Let’s look at five key takeaways and Easter eggs from the episode:

In this parallel world, not Tony Stark but his father Howard Stark, also a tech wizard, created the first Iron Man suit. While Peggy became Captain Carter, Steve Rogers remained short and thin. But he was also provided with the prototype Iron Man suit called Hydra Stomper in the episode, thus becoming the Iron Man of this reality.

In an interesting parallel to Steve’s story in the main MCU timeline, Peggy, tired of men denigrating her and sexism, takes out her anger at a punching bag. This is exactly what we saw Steve doing in the first Avengers movie when he was trying to make sense of the modern world.

Did Steve become the first director of S.H.I.E.L.D?

In the main MCU timeline, Peggy was not only the co-founder of Strategic Homeland Intervention, Enforcement, and Logistics Division, better known as S.H.I.E.L.D, but also its first director. Since in this world, Peggy became a Super Soldier, did Steve assume the duties of the organisation’s director? Maybe he also stayed as the operator of the Hydra Stomper? The episode does not reveal any of that, but it is interesting to speculate.

In the episode, Red Skull calls forth a Lovecraftian monster. It is likely a nod to Shuma-Gorath, one of the Great Old Ones. A giant creature with multiple tentacles, it can also serve as the literal representation of Red Skull’s organisation Hydra, which was a dragon-like Greek monster with multiple heads.

In an interesting role-reversal, it is Peggy who promises Steve a dance when she seemingly sacrifices herself to save him and the rest of the world from the monster. In the main MCU timeline, Steve had that promised dance in Avengers: Endgame. Will we see Carter keeping her promise in an upcoming episode?