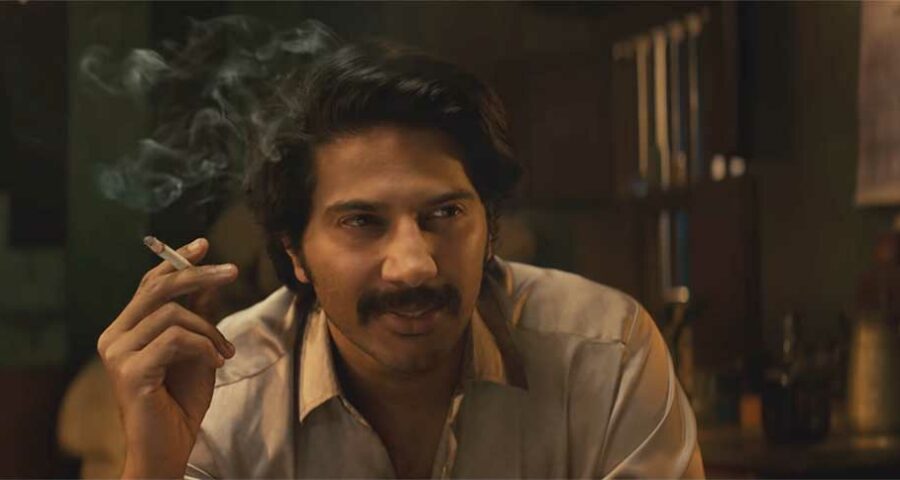 ‘At the outset when director Srinath discussed it with Dulquer, there was agreement that it will remain a negative character.’
‘So, we knew we wouldn’t have to alter the character in any way to suit the image of Dulquer.’

When the Malayalam movie Kurup released in hundreds of theatres in Kerala and outside on November 12, there were at least three factors that made it a big draw.

First, theatres in Kerala were being thrown open for the public after a long hiatus.

Secondly, Dulquer Salmaan, a movie star with a pan-Indian aura, was playing the central character.

But the most important aspect, at least for Malayalis, was that the film revolves around the most notorious pidikittapulli (fugitive from law) Kerala has known, Sukumara Kurup.

In 1984, an Ambassador car caught fire at Kunnam in Alappuzha and a charred body was found in the driver’s seat.

Initially, it was thought to be the body of Kurup, a wealthy non resident Keralite, since the car and the clothes on the body belonged to him.

Later, investigations proved that the body was that of another man called Chacko and the police were able to establish that a murder was committed at the behest of Kurup, who wanted to fake his death to corner insurance money to the tune of Rs 8 lakh.

A sensational case then, and even now, what made Kurup an enigmatic figure was that he has remained elusive to date.

He is believed to have been apprehended at least once, but managed to give the slip either because of colluding policemen or his extreme shrewdness.

This is not the first time the theme has attracted film-makers but the latest film has been made on a grand scale and the makers have conducted painstaking research to bring a fresh perspective to the well-known and well-worn tale.

Now that the movie is out, one of the questions being asked is, have the makers taken too many cinematic liberties?

Would it directly or indirectly contribute to the glorification of a person who is ultimately a criminal?

How did you come into this project and what is the kind of research that has gone into it?

Like most others, I also had basic knowledge about this case. By nature, I am curious to read profiles of people such as politicians, film-makers and other celebrities.

Even before reading a book, I read the author’s profile first with interest.

After becoming a journalist and doing crime reporting, this subject too came into my radar.

I started studying about the incident, the various people involved and the minute details with the intention of writing a book.

It was a friend C V Sarathi, a producer, who suggested that if I do a detailed study of this subject. Not only can I write a book but it can perhaps also be made into a movie.

I met many people involved with the incident and was about to get into the stage of writing when I learnt that Srinath Rajendran had already been planning a movie on the same subject.

I knew Srinath well since the days he made Second Show with Dulquer Salmaan as hero.

When Srinath became aware that I was doing research on the subject with the intention of writing a script, he asked me to join his team.

By then, Daneill was also already on board. So, all four of us — Srinath the director, Jithin, who wrote the story, myself and Daneill — had done our own independent research on the topic.

Later, it became a collective exploration into the nuances of the subject. This helped us develop strong content for the film.

Though we describe it as a contemporary subject, the murder in question happened in 1984. Is the crime still remembered because the police could never lay their hands on Kurup?

To a certain extent, it is because of that. The other reason is the peculiar modus operandi and the planning behind the murder.

There is a certain cinematic element in it, something that is likely to attract people’s attention.

The first half of the movie mostly deals with events that are already in the public domain and the narration is rather straight forward while in the latter half, certain cinematic liberties are taken and the plot has been fictionalised. Would you agree?

To a certain extent, it may be true. It is a story that is known to most people in Kerala who might have heard or read about it. But there is a section of youth who may not have even heard about it.

The challenge before us was to present the tale in a new way and bring freshness in the narration.

We are revealing the central character through the perspective of the others whom he is surrounded by. Instead of revealing an incident through the eyes of many people, we tried to unveil the key person.

In the second half, the thriller aspects get prominence and hence the difference in the pace of narration.

It is not documentary or docu-fiction, but cinema.

There are certain concrete facts which we have placed in the screenplay while there may be others that are not so definite but still based on information that we have gathered.

Certain cinematic liberties may have been taken. Certain facts are well established in police records and other sources. But there are other things that are not so well known.

The unknown facts may not necessarily be fictional. We have gleaned many facts through our research.

There is original information that we have got which never came out in the public domain. It might appear fictional or fictitious to people who haven’t read about it. 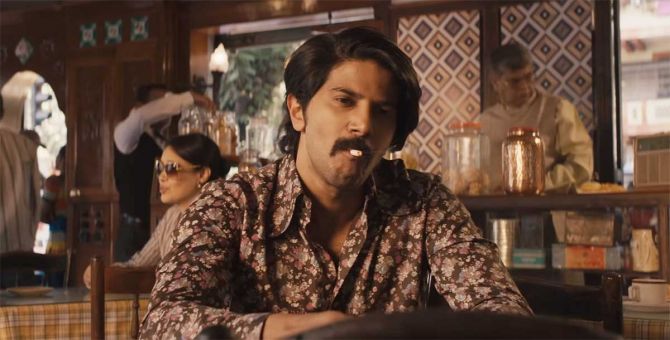 How did you go about gathering information?

We managed to get information that hadn’t been revealed so far from police sources.

We have also got information from people who knew the key persons involved in this incident.

We can’t reveal who told us what because there is the issue of confidentiality.

It was a journalistic approach that we adopted.

One key conclusion in the movie plot is that the deed was not done just to gain Rs 8 lakh insurance money as it was popularly believed, but there was much bigger game plan.

This particular debate whether the motive was to gain the insurance money alone was there even during the investigation days. Therefore, the film delves into other possibilities.

In the days leading up to the movie’s release, there were reports about the victim’s family having apprehensions if there would be glorification of a person who is thought to have committed the cruel act. Those have now been allayed?

Even during the discussion stage and when we were scripting, we had a clear conviction that we should not portray the accused in a positive light.

We were clear in our mind that the central character is a negative character. We had no intention of giving him any positive vibe. And that is how it has turned out. All the same, when a popular star like Dulquer plays the role, isn’t certain amount of glorification inevitable? Especially, when the central character is tall, handsome, romantic, shrewd and full of guts?

No. At the outset when director Srinath discussed it with Dulquer, there was agreement that it will remain a negative character. So, we knew we wouldn’t have to alter the character in any way to suit the image of Dulquer.

Yes, people may expect that when a popular hero like him plays the role, it may have a positive image. But we were able to disprove it through the movie.

Sudhakara Kurup (the altered name in the movie) does nothing in the movie that would attract admiration or idolisation.

Kurup has a devious aim and he wants to achieve it. It is not only the hero who displays guts and cleverness, but the villain can also have these traits. His actions determine who he is. 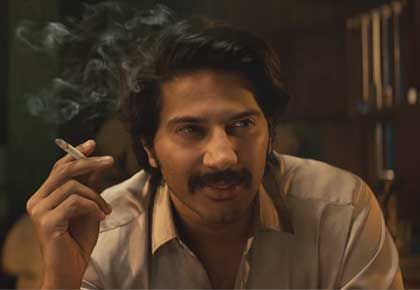