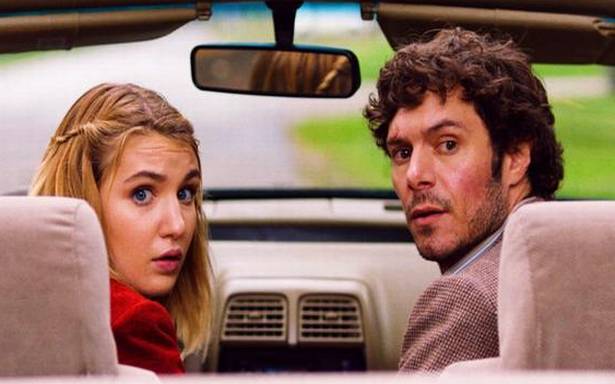 Director Evan Morgan, who makes his feature debut with this film, manages to bring disparate elements together and present an engaging watch

Have you ever wondered what kind of adults would the young sleuths we read in our childhood about grow up into? Would Fatty from Enid Blyton’s Five Find Outers zoom up the ranks in Scotland Yard? Would Frank and Joe Hardy take over their father’s detective agency or join the police? Would the Three Investigators set up an agency? Or would Pete join the movie business like his father, Bob become a reporter, and Jupiter take up acting?

Though Riverdale looks at what Archie and gang would grow up into and Nancy Drew is a darker version of the titian haired teen detective whose exploits entranced Hilary Clinton amongst others, The Kid Detective marches to a different drum. It is smart, funny, dark and heart-breaking. Evan Morgan, who makes his feature debut with this film, has managed to bring these disparate elements together to create a delicious chocolate—smooth, dark, and bitter-sweet.

Whenever there is any trouble in the picture-postcard pretty town of Willowbrook, young Abe Applebaum is the one to call. As a child, Abe solves the small crimes that plague the town. He is smart and the local celebrity, making headlines as he finds the bad guys. When he is 14, his friend, Gracie, is kidnapped. He is unable to find her, and that failure destroys him.

Now at 32, he still operates his detective agency, finding cats and the like, much to the derision of his peers and his parents’ anxiety. He drowns his ineptitude in drugs and alcohol. When a trusting teenager, Caroline, (Sophie Nélisse) asks Abe to solve the brutal murder of her boyfriend, Abe decides to take up the case hoping for redemption. The deeper he digs, the uglier truths he discovers including drug use and rape.

The Kid Detective is anchored by an excellent performance by Adam Brody as Abe. Tzi Ma as the dead boyfriend’s father, Chang, Peter MacNeill as Principal Erwin, who gave Abe one of his first cases, Wendy Crewson as Abe’s mum and Sarah Sutherland as Abe’s Goth receptionist, Lucy, live their roles.

The writing is sharp and funny. Abe saying, “I was so far ahead of the game and one day I just woke up behind,” or “It’s difficult to accept the difference between who you are in your head and who you are in the world,” resonate with truth and pathos. Or you can smile at Chang’s, “Are you a detective or just some idiot who believes everything he is told.”

So while one cannot be sure what new ghost Nancy will dig up or where Jughead’s next drunken binge will take him, one can invest in Abe’s future in Willowbrook as it is touching and true.

The Kid Detective is currently streaming on Bookmyshow Stream