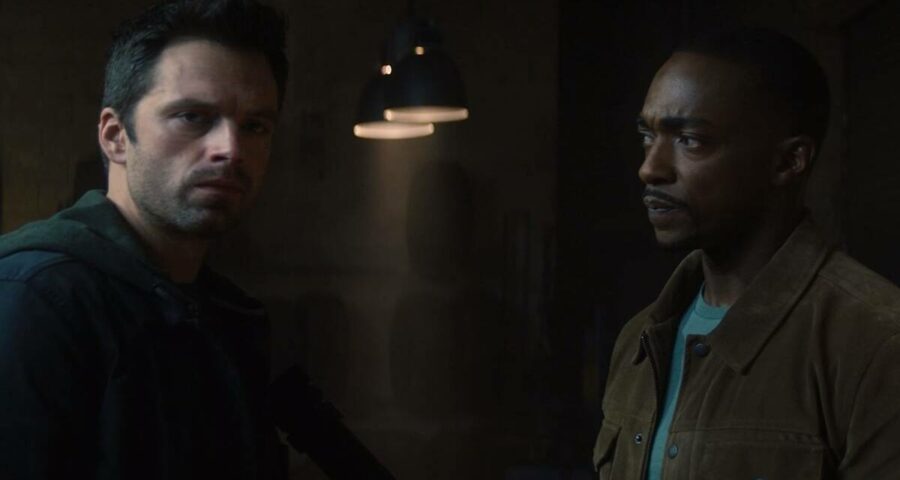 While the first episode was not a slouch to begin with, The Falcon and the Winter Soldier's subsequent entries have turned the action up several notches. The third episode makes the show truly global. The Falcon and the Winter Soldier is getting more and more exciting with each new episode. While the first episode was not a slouch to begin with, the subsequent entries have turned the action up several notches. Consider this a spoiler alert if you haven’t watched the episode yet.

Titled “Power Broker”, the episode begins with Sam and Bucky meeting with Zemo (Daniel Brühl), the man who caused the Civil War in the third Captain America movie. Their purpose is to find out how there is an entire team of Super-Soldiers (Flag-Smashers) out there.

Bucky goes in, as Sam stays outside.

They leave, but Bucky presents a “hypothetical” situation as to how Zemo can get out of the prison. Turns out, that is not as hypothetical as we thought as Zemo is indeed free. Sam is reluctant with Zemo being a war criminal and all, but finally agrees.

Baron Zemo was an actual baron, he reveals, and he has an aircraft at his command. They leave for Madripoor, a canonical Singapore like city in Marvel Comics that briefly also appeared in Agents of S.H.I.E.L.D. It is a part of Indonesia, but unlike Singapore, which thrives on business, Madripoor thrives on crime.

Assuming new identities, they crash a bar, where Bucky once again becomes Winter Soldier — basically a stone-faced killer — and beats up a bunch of goons. They meet Selby, a local bigwig. They ask her about the Super-Soldier serum and she gives them a name. But they run afoul of her when Sam receives a call and gets his cover blown. They kill Selby and her bodyguard, and escape. They are saved by none other Sharon Carter, who we are seeing for the first time since Civil War.

She reveals she is still on the run from the law, thanks to the events in the movie. Sam says he will help her clear her name. She takes them to the doctor that synthesised the serum from Isaiah, the man we met in the last episode. While they are talking to him, they are attacked by the men of Power Broker, who calls the shots in Madripoor. Oh, and a purple-masked Zemo shoots the man for some reason.

Meanwhile, the new Captain America (John Walker) and his partner are on the heels of the Flag-Smashers, but a step behind Sam and Bucky. He shows he is not above angry outbursts while interrogating people, and will remind viewers of King Joffrey from Game of Thrones.

Sam, Bucky and Zemo leave Sharon in Madripoor, and leave for Riga, Latvia. Bucky breaks away from the group for a while when he spots little spherical devices. It is an envoy from Wakanda, who wants Zemo.

The Falcon and the Winter Soldier is streaming on Disney+ Hotstar Premium.