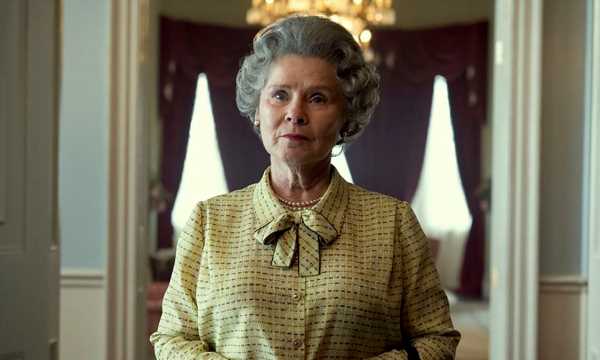 The new season of The Crown is a bit of a dreary watch, observes Deepa Gehlot.

Coming out as it does a few weeks after the death of Queen Elizabeth II (and some months after Prince Philip’s passing) the beginning of Season 5 of The Crown must have felt uncomfortable to King Charles, then prince, since he is seen scheming and plotting to try and get his mother to abdicate. The press are already running polls that conclude that she is old, irrelevant and out of date.

Season 4 had ended with the scenes of an unhappy Princess Diana, which were also the basis of the Pablo Larrain film, Spencer, starring Kristin Stewart — the ill-fated Christmas weekend at Sandringham Estate, with the royal family, where her marriage to Charles almost reaches a point of no return. His affair with Camilla Parker-Bowles has been exposed, and she is still expected to keep silent and carry on, because that comes with her position.

At the beginning of Season 5, the couple make an attempt to reconcile by taking a holiday to Italy with the kids, which is cut short because he is bored, and back home the rumbles about the Queen’s abdication are getting louder.

By the end of the first episode, at the traditional Ghillies Ball at Balmoral Castle in Scotland, Diana (Elizabeth Debicki taking over from Emma Corrin) predicts to then prime minister John Major (Jonny Lee Miller), that at least three of the marriages of royal couples in the room — Princess Anne and Captain Mark Philips, Prince Andrew and Sarah, the duchess of York, and herself and Charles are going to end within six months, and that would probably cause the monarchy to implode.

“What happens when the family falls apart? I say the institution falls apart,” she says.

The lavishly produced The Crown, created by Peter Morgan, whose play The Audience was about the queen’s weekly meetings with the country’s prime ministers, turned out to be hugely popular and won too many Emmy and Golden Globe nominations and awards to count.

The initial seasons covered princess Elizabeth’s ascent to the throne and her life with Prince Philip and her children, the state of the country during her reign in the ‘Sun never sets’ colonial phase’ of the British empire.

It really got going for international audiences when the impossibly glamorous Diana made an appearance, married to the older and stodgy Charles (played in this season by Dominic West), who was in love with an already married Camilla (Olivia Williams).

Later, after Diana’s untimely death and Camilla’s divorce, going against the set rules of the monarchy, he did marry his long-time lover, who is now the queen consort. But that is racing ahead where the show is concerned.

The fifth season is set in the 1990s, when there were upheavals in the royal family, in the midst of a recession the public’s adoration was cooling off, and still the queen (Imelda Staunton taking over from Olivia Colman) and Prince Philip (Jonathan Pryce in this season) insist on the government paying for expensive repairs to the Britannia (which she was seen inaugurating in Season 1), because it, according to them, the royal yacht plays an important part in the image of royalty. They do seem to be out of touch with reality.

The yacht is the least of their problems, however, as the Labour Party and Tony Blair win the elections which Charles comments means ‘wholesale change is afoot’, China is taking Hong Kong back; the People’s Princess shows the stagnant monarchy how they could actually reach out to the people.

She hammers some cracks into the wall by speaking candidly on television to Martin Bashir about her crumbling marriage; the paparazzi follow her fashion as much as her romances with surgeon Hasnat Khan (Humayun Saeed) and later Dodi Fayed (Khalid Abdalla).

The centre of The Crown has always been Queen Elizabeth, but in this season, both she and a much kinder and fiercely protective Prince Philip, are forced to make way for the conflicts in the lives of other royals, which is not necessarily a good thing for a show which is on the side of the queen and her staunch sense of duty.

The appeal of the institution is in its unchanging and ceremonial nature, no matter what the media and television debates say. The worst of the family conflicts in the ‘annus horribilis‘ phase have already run out; the queen didn’t know then, but the viewing public does, that more crises were in store for the royals.

There is a sixth and final season 6 on the way that would deal with Diana’s death and the aftermath. Now that the audience knows that Diana has been turned into a myth, and the changes in the monarchy she instigated have been taken up by the next generation — the marriage of her younger son Prince Harry with Meghan Markle and their exit from the royal family — there is little juice left in the series.

With the real queen gone, The Crown seems to have lost its raison d’etre, and that makes the new season a bit of a dreary watch.

The Crown Season 5 streams on Netflix. 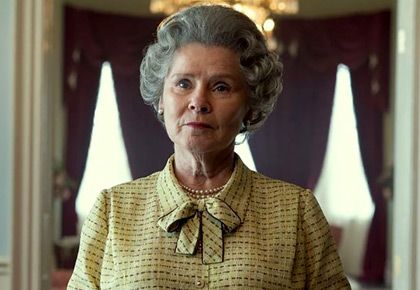