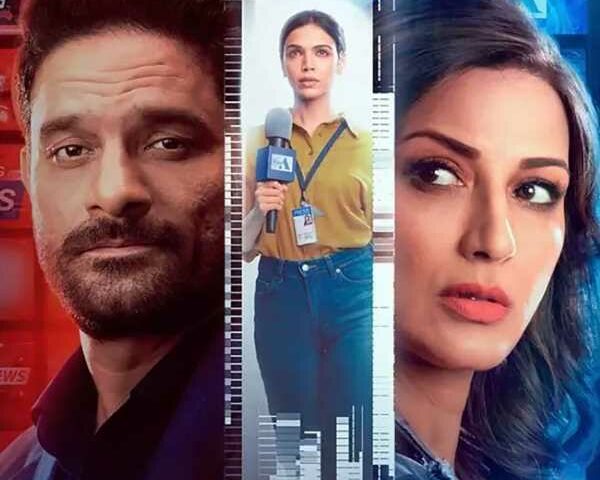 Directed by Vinay Waikul, The Broken News is an official adaptation of the popular British series Press.

The show, which stars Shriya Pilgaonkar, Jaideep Ahlawat and Sonali Bendre, revolves around two media houses, their opposing ideologies and how a bunch of journalists work under pressure.

Amina (Sonali) is the face of Awaaz Bharati and believes in ethical journalism. She toils hard with her team to present facts and unbiased news to the audience.

Dipankar Sanyal (Jaideep), who leads the rival news channel Josh 24, feels journalism is mere business. He does not think twice before twisting facts and stories to gain TRPs.

Radha Bhargava (Shriya) is an investigative journalist working for Awaaz Bharati. When her flatmate and fellow journalist gets killed in a fire, she looks into the matter and learns something is fishy. She decides to investigate the case, but runs into a dead end.

As if that’s not enough, she struggles to deal with a tricky situation when her channel head Amina makes a tough call regarding running a sexual molestation story.

In a fit of rage, she quits her job and joins Dipankar.

But within a day, Radha realises she doesn’t belong in a TRP-hungry news channel. Radha goes back to Awaaz Bharati and ends up becoming the face of the channel.

Radha goes back to investigating her friend’s death and finds out it’s linked to something bigger, involving politicians and a billionaire industrialist.

Story wise, The Broken News is quite relatable and relevant as many media channels believe in sensationalising news to grab eyeballs.

However, the whole part where Radha quits one channel and joins another and then goes back to her original job in just one day is bizarre and unbelievable.

In fact, there are quite a few loopholes in the storyline, but they don’t bother you too much because of the fine performances.

Shriya Pilgaonkar as Radha steals the show as the fiery, righteous journalist.

You hate her when she joins the rival channel, but also understand her plight for doing so.

She has flaws despite being a ethical journalist and that makes her character more humane.

Sonali Bendre makes her OTT debut with the Web series and she stands out, delivering a nuanced performance. Though she is well-respected for being a true-blue journalist, she struggles internally for living a dual life. Sonali aces the emotional scenes and you empathise with her when tries her best to keep everything in place in her professional life.

Jaideep Ahlawat delivers as a ruthless journalist, who exploits each and everyone just for TRPs.

He does have a loving side to him as a father but the show doesn’t explore much of that and prefers to focus on his evil side.

The story, though it falters in between, keeps you engaged till the end. 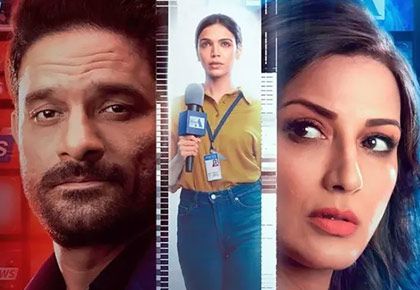