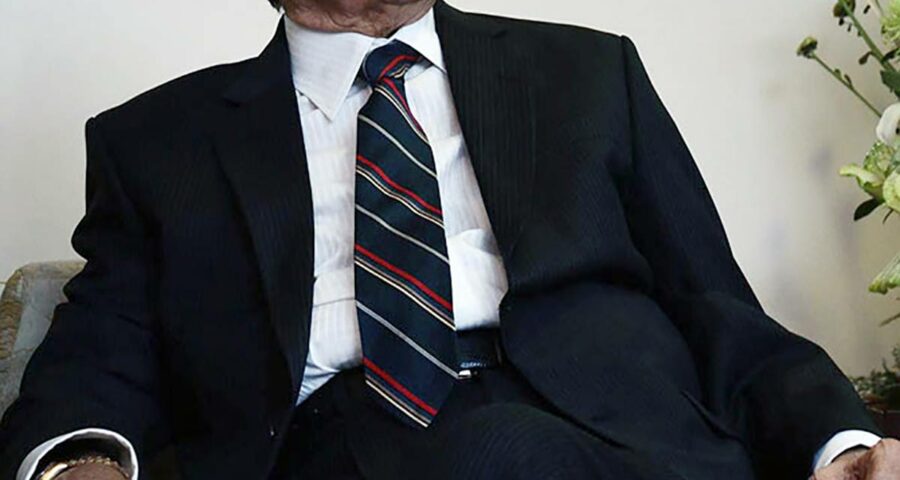 During rehearsals, when Dilip Kumar improvised, Gulshan Grover was quick to point out that he had got the lines wrong.

On the occasion of his birth centenary, Gulshan Grover flashbacks to some of his memorable encounters with the actor he had idolised since he was a child.

Speaking to Rediff.com Senior Contributor Roshmila Bhattacharya, the ‘Bad Man’ recalls shooting with the iconic actor: “Conversing with him on a variety of subjects made me feel like the star which I wasn’t at the time.”

‘Come, let’s go to my room and chat for a while’ 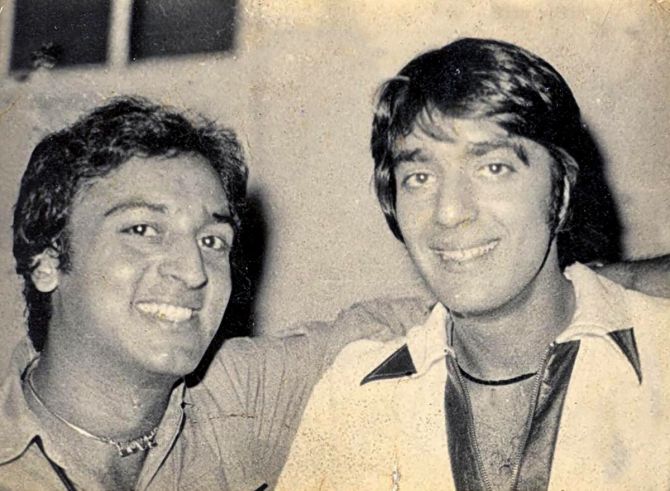 He was the matinee idol Gulshan Grover had grown up revering, so it felt somewhat unreal when Dilip Kumar stepped out of the screen and appeared before him in person at a dinner at Sunil Dutt and Nargis’ Bandra bungalow (north west Mumbai).

Gulshan, who was Sanjay Dutt’s acting teacher and was cast as his buddy and love guru Jaggi in his debut film, Rocky, was delighted to be invited to this elite gathering and found himself seated beside the Dilip Kumar.

Recalling that memorable meeting, Gulshan says candidly, “Conversing with him on a variety of subjects made me feel like the star which I wasn’t at the time.”

It didn’t end there.

Almost a decade later, after he had become a popular villain, Gulshan found himself cast in a film featuring Dilip Kumar and Sanjay Dutt.

In the Hindi version, Dilip Kumar plays Jagatpratap Singh, the collector of Anokhapur, with Sanjay as his son Ravi.

Gulshan is Kailash Badhole, the son of a corrupt minister, Kader Khan’s Bhushannath Badhole, who along with Tej Sapru, the son of another politician Kabza Kanhaiyalal, commits a rape and a murder.

The two baddies get away by furnishing fake alibis.

But Ravi refuses to let them off the hook and becomes a cop, with the intention of using fair means or foul, to bring them to justice.

Initially, the collector, an upholder of the law, opposes his son. Eventually, he joins him in his crusade to bring the monsters to book.

During the shoot in Chennai, Gulshan and Sanjay would hang out together.

Dilip Kumar was staying in the same hotel, on the same floor as them.

“Being Sanju’s neighbour and family friend, Dilipsaab knew him well and was very protective of him and affectionate towards me, advising us on how to play out certain scenes, and after pack-up, calling us to his room and narrating anecdotes from his heyday,” Gulshan shares.

While his stories had them riveted, being young, both Sanjay and Gulshan occasionally wanted to go out and party.

This resulted in a cat-and-mouse game to evade Dilip Kumar’s eagle eye as he walked in the corridor every evening after shooting.

“The only way was to duck into the elevator as soon as he turned the corner,” Gulshan remembers, admitting that one evening, while he was successful, Dilip Kumar’s voice rang out just as Sanjay was jumping in, wondering where he was off to in such a hurry.

‘Come, let’s go to my room and chat for a while,’ Dilip Kumar invited and nixed Sanjay’s plans for the night.

On camera with the dream merchants 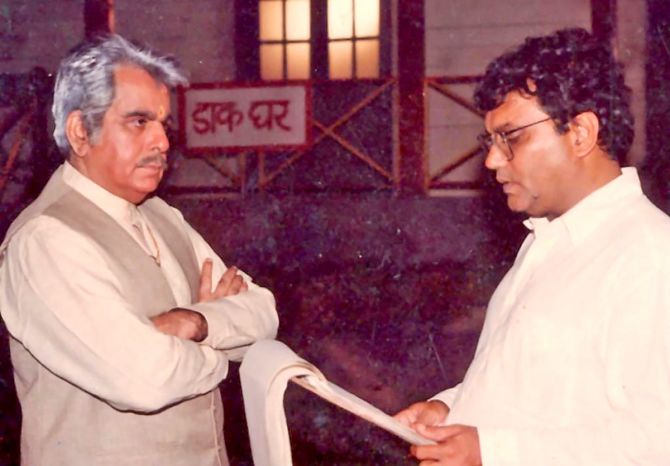 Two years later, Gulshan had another opportunity to share the screen with Dilip Kumar, in Subhash Ghai’s Saudagar.

The first scene he shot for in the 1991 film was with not one, but two legendary actors, Dilip Kumar and Raaj Kumar.

The veterans play childhood friends, Veer Singh aka Veeru and Rajeshwar Singh Thakur aka Raju, who turn into foes, instigated by Gulshan’s Baliram aka Bali.

In that particular scene, Raaj Kumar’s Raju finally realises how Bali has been misleading him.

Livid, he tries to kill him.

“Dilipsaab drags him away, pointing out that by killing me, he would only go to jail for life and that would be foolish,” Gulshan recalls.

He adds that he had rehearsed well and gave the scene his best shot.

“I had driven down to Seth Studio straight from the airport, and after wrapping up the scene in a few hours, I drove back to the airport, catching a flight to Kenya to resume shooting for Rajiv Rai’s Vishwamta.” 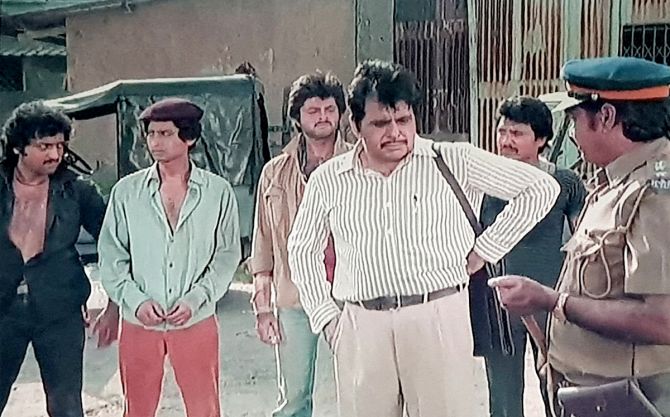 In 1984, Yash Chopra’s Mashaal once again brought the thespian and the ‘Bad Man’ together.

In this film, Dilip Kumar starts out as Vinod Kumar, the upright, law-abiding editor of a newspaper titled Mashaal, who takes charge of some vagabonds in their basti, hoping to set them straight.

One of them is Anil Kapoor’s Raja, who thanks to his benevolent mentor, becomes a journalist.

Gulshan is Munna, one of the boys Raja had run riot with earlier, who later points him in the direction of his mentor who, after the heartbreaking demise of his wife, has become a drug trafficker and hooch seller to expose Amrish Puri’s Vardhan illegal dealings.

He remembers one particular scene which had Anil, him and three other young actors, who play their delinquent buddies, sitting at a restaurant, wondering why Vinod Kumar had not picked them out in an identity parade in the police station.

Dilip Kumar is standing by the door listening to them gloat that perhaps he was afraid to ruffle them up.

Strolling over, he explains that had he got them arrested and jailed, it would have messed up their lives forever.

All five of the young actors, including Gulshan, knew their lines, and that of their co-stars, by heart.

So during rehearsals, when Dilip Kumar improvised, Gulshan was quick to point out that he had got the lines wrong.

He even rattled off the lines, as they were in the script, for the senior actor.

“Smiling, Dilipsaab promised to say them correctly during ‘take’, then explained that while rehearsing, he simply absorbed the character and setting while observing the other actors in the frame, the attention to lines coming only later.”

That, he admits, was one of his first lessons in ‘live’ acting.