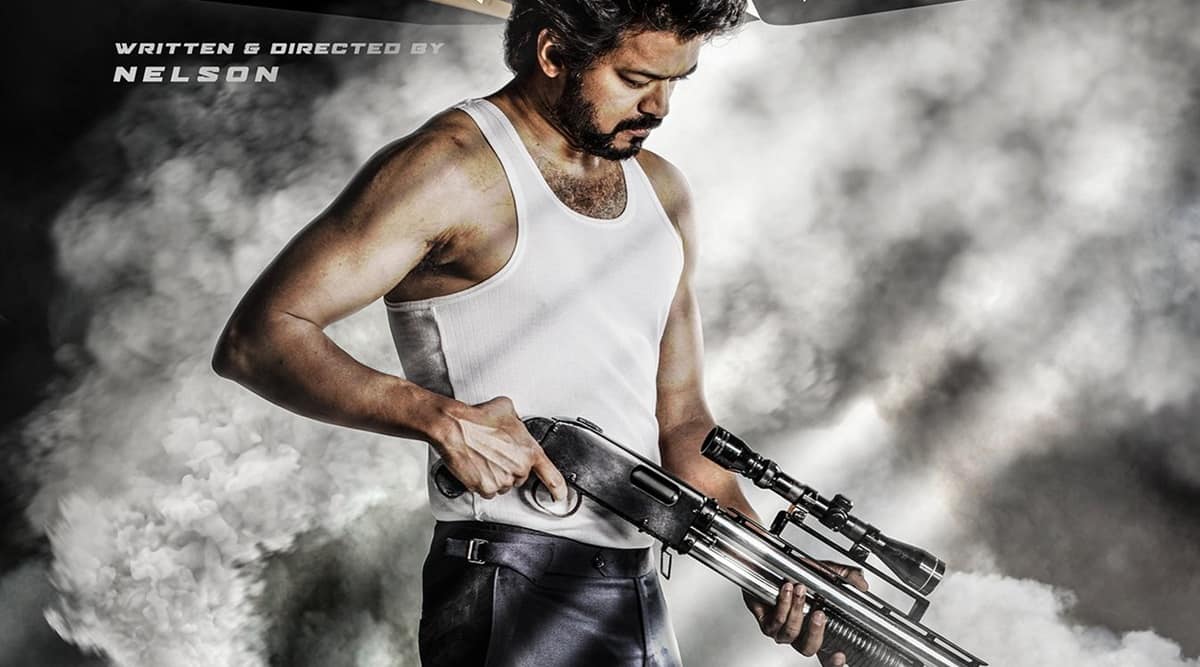 It has become a tradition of sorts to reveal the title and first look posters of Vijay’s upcoming films on the eve of the Tamil superstar’s birthday. And keeping the tradition alive, Sun Pictures on Monday released the first look poster and title of Thalapathy 65.

Written and directed by Nelson Dilipkumar, the film has been titled Beast. The poster shows Vijay’s character wielding a shotgun with a mounted telescopic sight. But, the poster doesn’t clarify whether Vijay plays a cop on a mission or a hitman for hire.

The first look of Beast was released on the eve of Vijay’s birthday. The actor turns 47 on June 22.

The 65th film in Vijay’s career went on floors in March this year before the second wave of coronavirus brought the country to a standstill again. And in April, Vijay and Nelson left for Georgia, where the shooting began. The director reportedly shot Vijay’s introduction scene and an action set piece in the first shooting schedule.

The shooting in Georgia lasted for about 20 days, following which the cast and the crew returned to India. However, the filmmakers couldn’t continue the production due to the restrictions imposed by the Tamil Nadu government to battle the growing Covid-19 cases. It remains to be seen whether the delay in production would impend the plans of the makers to release Beast in theatres for Pongal festival.

Besides Vijay, Beast stars Pooja Hegde as the female lead. The film will mark her comeback to Tamil cinema after a gap of nine years. Pooja made her silver screen debut with director Mysskin’s crime drama Mugamoodi in 2012. And since then, the bulk of her work has happened outside the Tamil film industry.