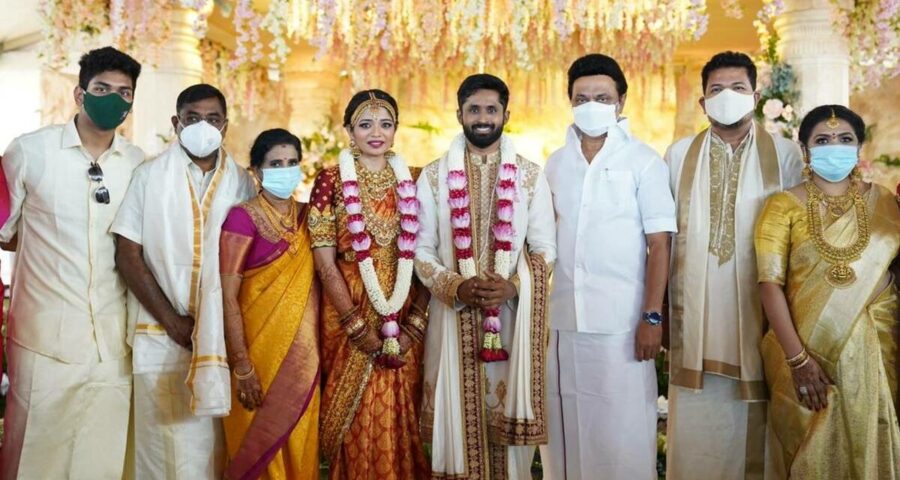 In photos and videos from the wedding ceremony, MK Stalin can be seen blessing the couple, taking part in rituals and posing for the photos. 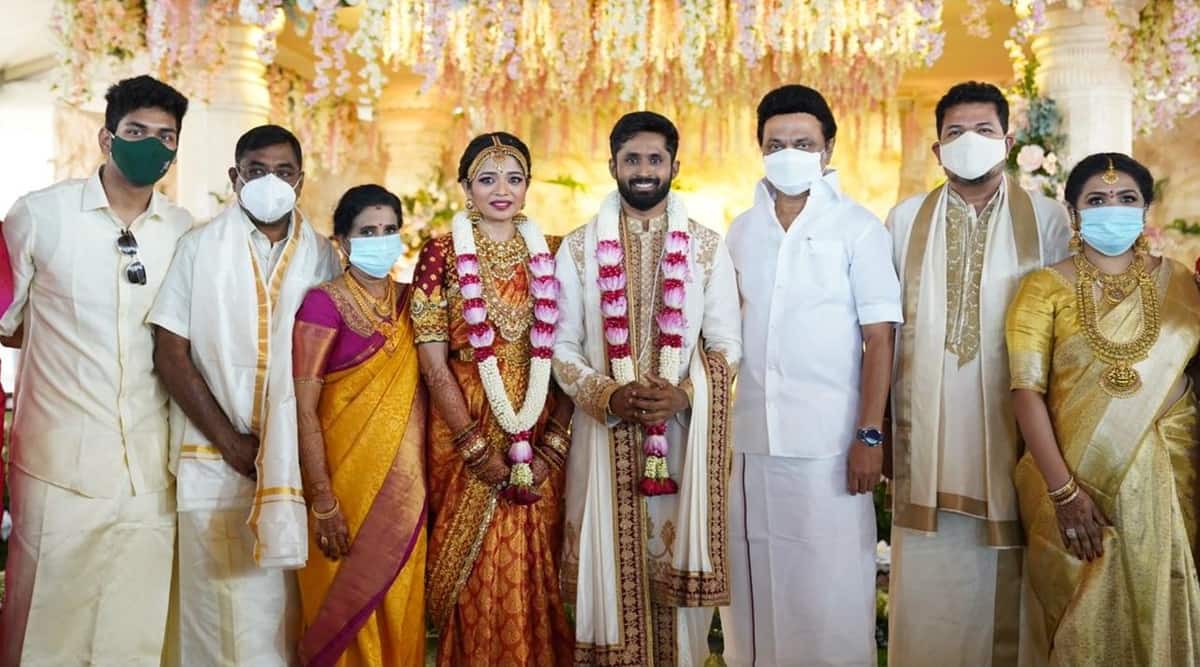 Tamil Nadu Chief Minister MK Stalin attended the wedding of noted filmmaker Shankar’s daughter Aishwarya. In photos and videos from the wedding ceremony, the DMK politician can be seen blessing the couple, taking part in rituals and posing for the photos.

Aishwarya married the cricketer Rohit Damodharan. The event, due to Covid-19 related restrictions, was attended by family members and close friends.

Aishwarya, a doctor, is the eldest daughter of Shankar and his wife Easwari Shankar. Damodharan is a cricketer who plays from Madurai Panthers in TNPL (Tamil Nadu Premier League). 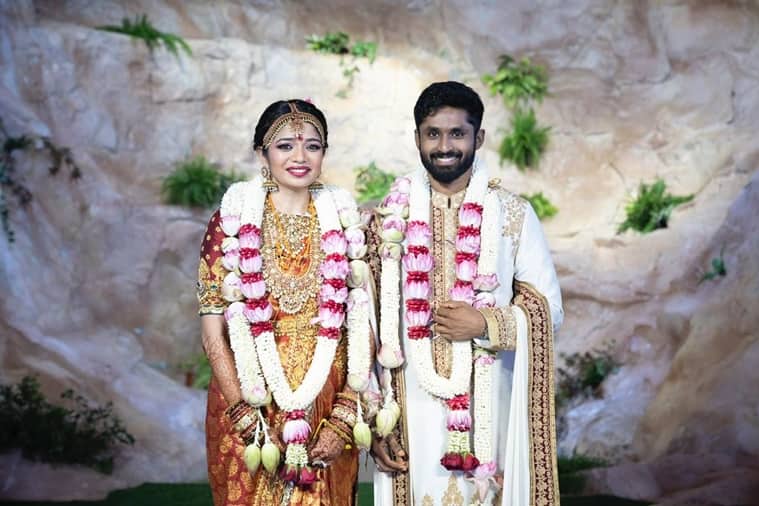 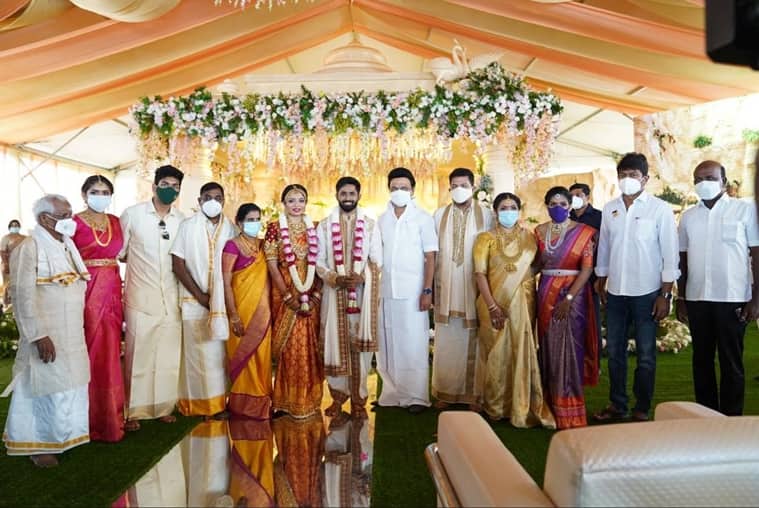 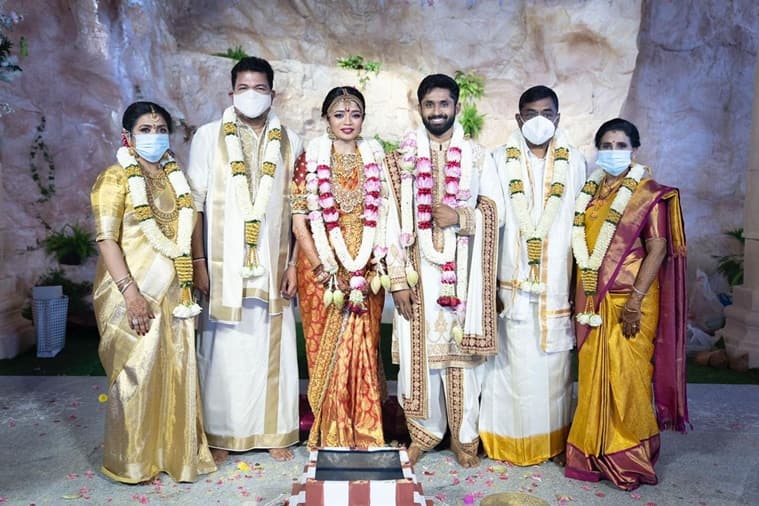 As per an India Today report, the wedding was held at a resort in Mahabalipuram.

Shankar is best known for films like Enthiran and 2.0, both starring Rajinikanth. He is currently shooting his upcoming film, a vigilante action thriller called Indian 2, which is a sequel to his 1996 film Indian. The film brings back Kamal Haasan and Nedumudi Venu from the original.

Lyca Productions, which was also behind 2.0, is bankrolling the project.