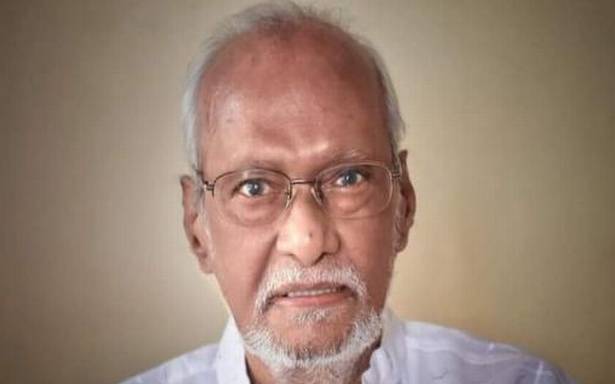 Acclaimed Tamil filmmaker GN Rangarajan, the man behind several popular films like Meendum Kokila (1981) and Kalyanaram (1979), passed away today due to age-related ailments. He was 90.

His son, director GNR Kumaravelan, posted on Twitter, “My Father, my mentor , my love … passed away today morning around 8.45 am. Need all your prayers to keep my family in strength (sic).”

GN Rangarajan was influenced by the works of director Bheem Singh, and had been associated with director SP Muthuraman in many films, including Bhuvana Oru Kelvi Kuri, Aaril Irundhu Aruvadhu Varai and Priya. During that period, he was well acquainted with Rajinikanth and Kamal Haasan.

Kumaravelan, who is well known for Tamil films Haridas and Wagah and is currently working on Arun Vijay’s Sinam, had shared many interesting snippets about his father during his 90th birthday last December. He posted then, "More than imparting the technical aspects of filmmaking skills, my father would always insist me to be disciplined and never hurt anyone with words and deeds."

He added, "He would always warn me, saying, ‘Once your character loses its reputation, you will never get it back. So, beware of your words and actions. At the same time, be strong and never lose confidence in yourself as you will come across many, who will try to hurt you and hamper your success.’"