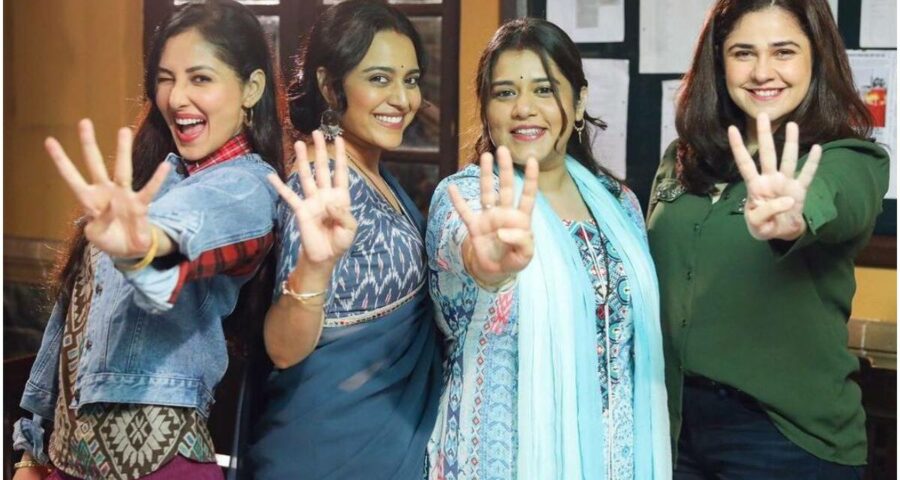 After finishing the current schedule in Mumbai, Swara Bhasker, Shikha Talsania, Meher Vij and Pooja Chopra will head to Goa to shoot the remaining bits. 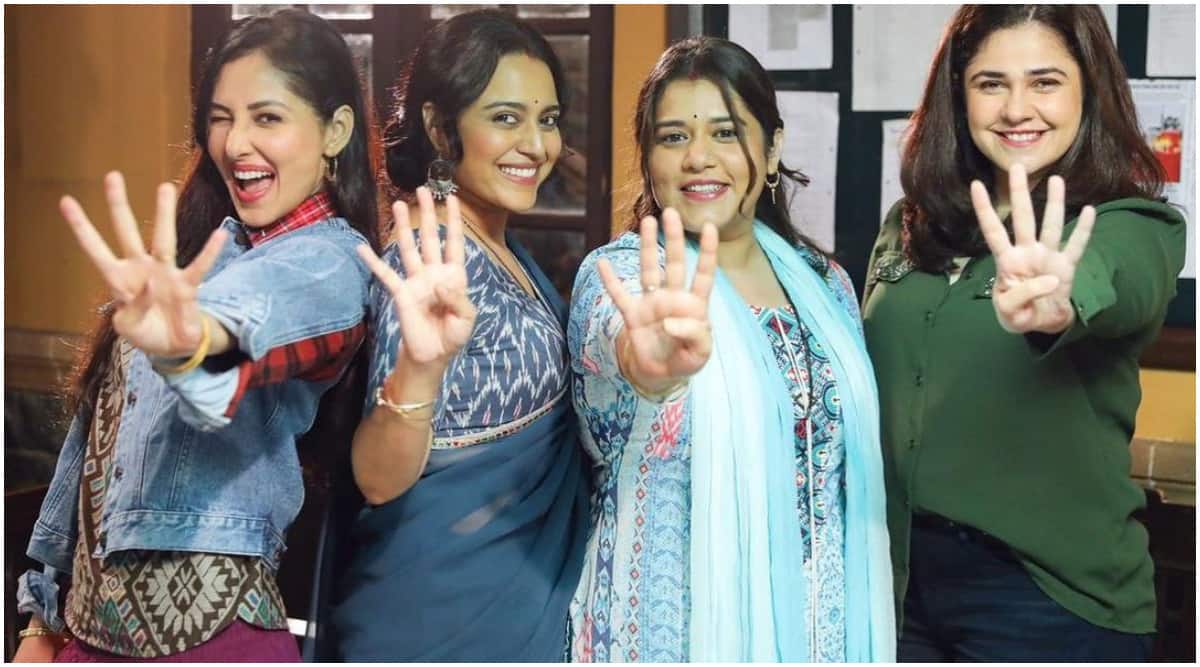 Actors Swara Bhasker, Shikha Talsania, Meher Vij and Pooja Chopra have resumed shooting for their upcoming film Jahaan Chaar Yaar in Mumbai. The shoot of the movie in Goa was halted in April this year after Meher tested positive for Covid-19.

Swara on Friday shared her excitement to get back on the film’s set by sharing a picture of herself and the cast on her Instagram handle. Along with the photo, she wrote, “Therapy time with my girls! Back on the sets of @bachchan.vinod ‘s @jahaanchaaryaar with @shikhatalsania , @poojachopraofficial and @mehervij786 💜💜✨✨🥳🥳 Directed by @kamalpandey_7 and presented by @soundrya.production #backatwork #feelingblessed #jahaanchaaryaar.”

After finishing the current schedule in Mumbai, the cast will head to Goa to shoot the remaining bits.

Helmed by Kamal Pandey, Jahaan Chaar Yaar follows the story of four friends trapped in a rut of hapless monotony. With grown-up kids and distant husbands, their middle-class lives have nothing to look forward to until a chance vacation in Goa. The getaway turns into a thrilling roller coaster they never bargained for. The film will chronicle the journey of these four friends who go from being demure housewives into daring dames.

The film, bankrolled by Soundrya Productions, is scheduled to release in theatres later this year.