Suyyash Rai took to Instagram to call out Karan Johar's treatment of his friend Divya Agarwal. He also hinted at the Bigg Boss OTT host playing favourites with Shamita Shetty. 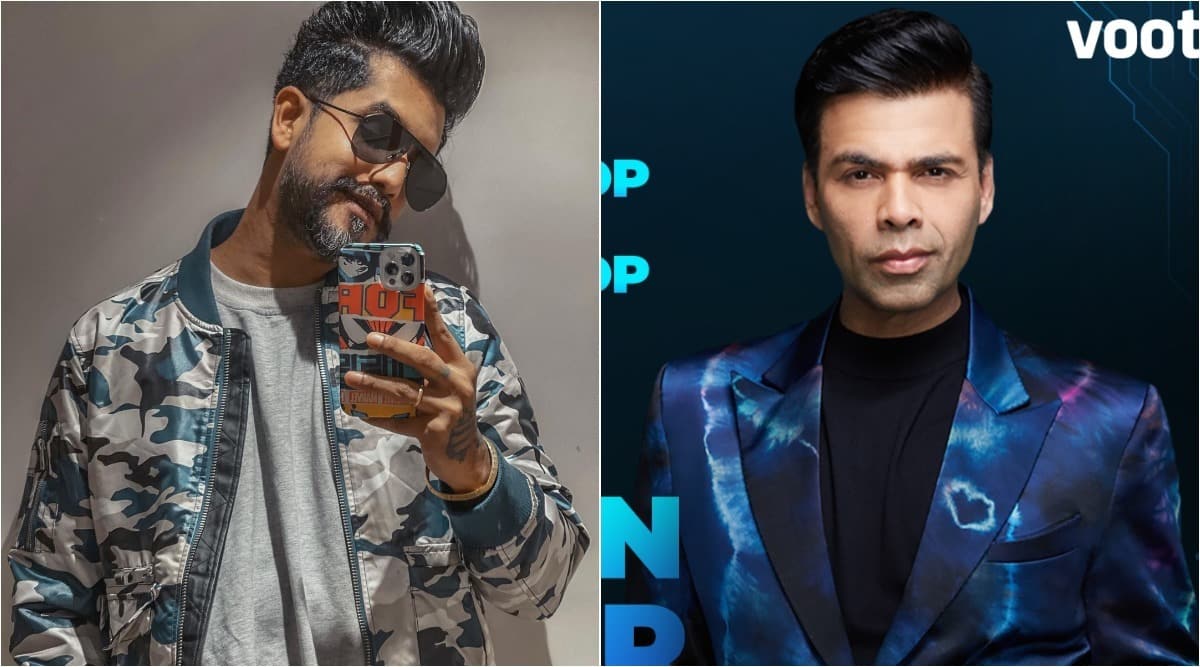 The latest ‘Sunday Ka Vaar’ episode of Bigg Boss OTT left actor Suyyash Rai fuming. Taking to Instagram, the former Bigg Boss contestant lashed out at host Karan Johar. From pointing out how he is not ‘Salman Khan’ to calling him a ‘loser’, Suyyash shared a series of Instagram stories criticising KJo’s behaviour during last night’s episode, especially towards his friend Divya Agarwal.

Sharing a photo of himself watching the show hosted by Karan, Suyyash first posted, “He has lost the plot”. The actor-singer further wrote on his social media page, “Dear K Jo.. Come lemme burst ur bubble !!! U aint Salman Khan. Try talking sense!” He followed it up with another story which read, “Never knew K Jo is such a loser!”.

Suyyash Rai further called out Karan Johar for supporting Shamita Shetty over Divya Agarwal as he shared, “Dear K Jo.. U fkin chek ur tone next time, then expect others to speak to u nicely !!! And u better not point that finger of yours at Divya !!! Do all this with YOUR SHAMITA!!!” 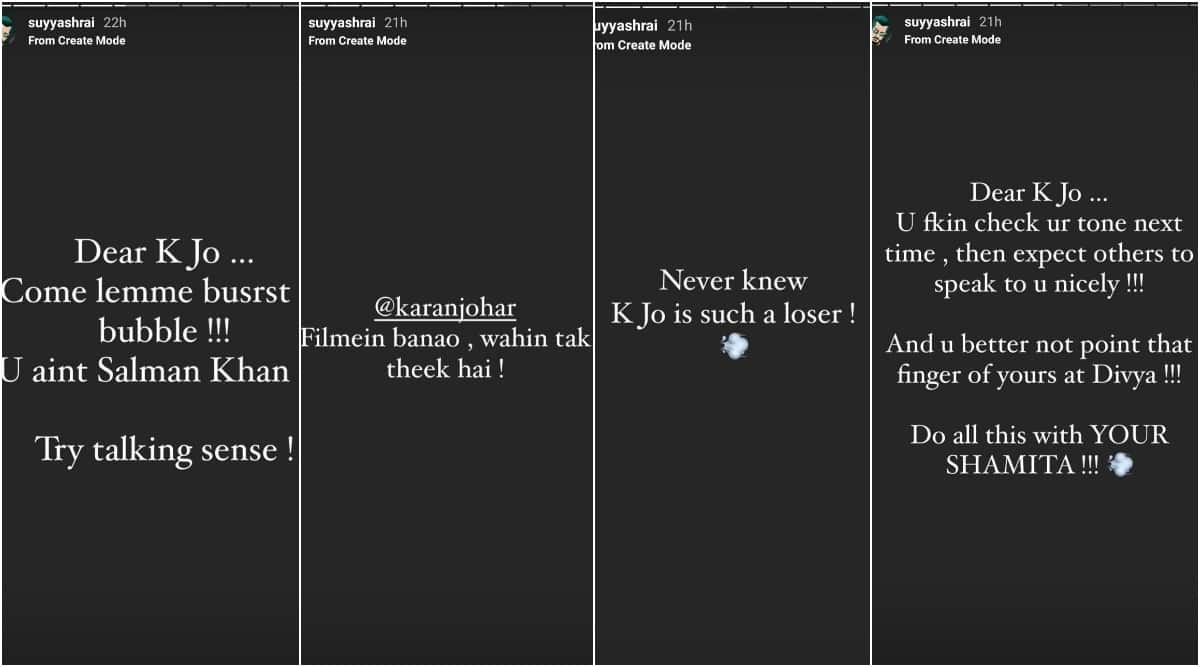 For the unversed, on the first Sunday Ka Vaar episode, Karan Johar had pulled up Divya Agarwal for her high-handedness. He said that given her experience on other reality shows, she considers herself a queen and is often seen trying to school others. KJo also fuelled a fight between Divya and Shamita after he told the latter that Divya has been gossiping about her. All that led to Divya feeling isolated in the house, and in last night’s episode, when Karan picked on her again, the two got involved in a heated argument. A lot of fans have been feeling that the host has been targeting Divya and playing favourites with Shamita.

Suyyash too pointed the same and also backed Divya’s connection Zeeshan Khan. In a note, the actor wrote, “Ive felt sooo sooooo bad for Zee in today’s episode. Poor chao he dinn do anythingggg wrong literally anything !!!! And the way he was treated today.”

Slamming Karan Johar again, Suyyash Rai wrote, “M sorry noone has gone there to take shit from him.. There is a way of tackling the situations, sirf host banna is not the game you gotta do justice to your post!!”

Coming to Bigg Boss OTT, the Sunday episode saw the eviction of Karan Nath and Ridhima Pandit. With four weeks remaining, the fight to win the show and also secure a place in Salman Khan’s Bigg Boss 15 is only going to intensify.