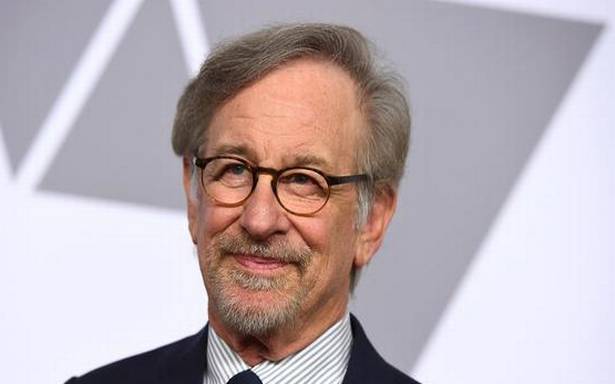 The $1 million award is granted each year to a person for their professional achievements, contributions to humanity and commitment to Jewish values

Steven Spielberg has been awarded Israel’s prestigious 2021 Genesis Prize in recognition of his contribution to cinema, his philanthropic works and his efforts to preserve the memory of the Holocaust, organizers announced Wednesday.

The $1 million award is granted each year to a person for their professional achievements, contributions to humanity and commitment to Jewish values. Previous recipients have donated the prize to philanthropic causes, though Spielberg, who was only notified of the honor late Wednesday, did not immediately comment on his plans.

“The Genesis Prize celebrates Steven Spielberg’s unique talent, his commitment to making the world a better place, and his unparalleled contribution to teaching the post-war generations about the horrors of the Holocaust,” said Stan Polovets, co-founder and chairman of the Genesis Prize Foundation.

Spielberg is one of the most successful and influential filmmakers of all time, with a string of blockbusters to his name. They include “Jaws,” “E.T. the Extra Terrestrial,” “Raiders of the Lost Ark” and “Jurassic Park.” He has won three Academy Awards for his work on “Schindler’s List” and “Saving Private Ryan” and numerous other industry recognitions.

At a 2018 screening marking the 25th anniversary of “Schindler’s List,” Spielberg said no work had affected him like the landmark Holocaust drama, which collected a total of seven Oscars.

“There was trauma everywhere. And we captured the trauma. You can’t fake that,” he said at the time. “There were whole sections that go beyond anything I’ve ever experienced or seen people in front of the camera experience.”

After the film, for which he did not accept a paycheck and whose proceeds he donated to charity, Spielberg founded the USC Shoah Foundation with a $10 million grant to film interviews with survivors and witnesses of the Holocaust. The project has conducted some 55,000 interviews in 32 languages with survivors from 56 countries. It also is working to preserve the memory of 20th-century genocides and mass killings in Cambodia, Armenia and Rwanda.

Spielberg’s other charitable works include the Righteous Persons Foundation, formed to preserve Jewish stories and promote social activism. It has given away over $100 million in grants to Jewish causes. He is chairman emeritus of the Starlight Children’s Foundation, which helps children with life-threatening conditions. He has donated $30 million to the Motion Picture and Television Fund to provide health care to older people who worked in the film and TV industries. His Wunderkind Foundation supports health, arts, youth and educational causes.

His accomplishments and charitable works have resulted in numerous recognitions, including the Presidential Medal of Freedom, France’s Legion d’Honneur, Germany’s Federal Cross of Merit, an honorary knighthood from Queen Elizabeth II and Israel’s presidential medal of distinction.

The Genesis Prize was inaugurated in 2014 and is run in a partnership between the private Genesis Prize Foundation and the chairman’s office of the Jewish Agency, a nonprofit group that is closely linked to the Israeli government. The prize is funded by a $100 million endowment established by the foundation.

For the first time, the foundation solicited opinion online about its selection. It said 200,000 Jews cast votes. Although a prize committee made the final decision, it said the fact that Spielberg received the most votes was a “major determining factor.”

The prize is usually awarded at a gala event in Jerusalem each June attended by Israel’s prime minister. But due to the coronavirus pandemic, it is unclear whether the event will be held this year. The award ceremony for last year’s winner, former Soviet political prisoner Natan Sharansky, was held virtually.

In 2018, Portman snubbed the prize ceremony because she did not want to appear to be endorsing Prime Minister Benjamin Netanyahu. The same year, the late U.S. Supreme Court Justice Ruth Bader Ginsburg was granted a special lifetime achievement award.