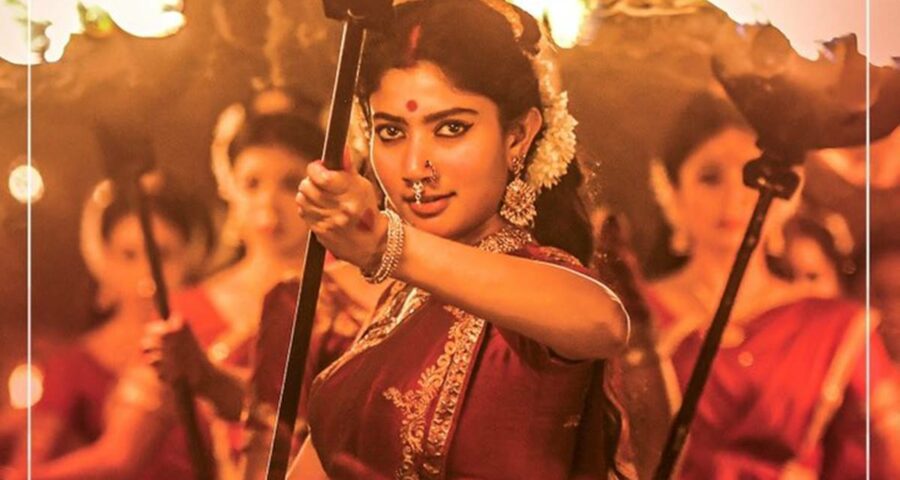 Nani and Sai Pallavi are all set to share screen space for the second time in Shyam Singha Roy. The two had earlier starred in MCA Middle Class Abbayi. Actor Sai Pallavi celebrates her birthday today. Wishing her on her birthday, the makers of Shyam Singha Roy shared her first look from the film. The poster features Sai Pallavi in a never-seen-before avatar. She is fierce, graceful and yet has a slight representation of anger on her face. The makers introduced her as someone from the “Holy ghats of Devi Maatha.” While they kept mum on the details, we cannot wait to see what she brings on the screen this time.

Earlier this year, the makers shared first look of Nani from the film. The first look suggested that the film is a period drama and is set in Kolkata and Nani’s character is styled accordingly. We can also see that a woman is hugging him from behind but we don’t see her face.

Shyam Singha Roy is helmed by director Rahul Sankrityan. The film marks his second outing as a director after Vijay Deverakonda’s Taxiwala in 2018. This film has been conceptualised and written by Janga Satyadev. Apart from Sai Pallavi and Nani, the film also stars Krithi Shetty who made her debut with Uppena this year.

Sai Pallavi also has Viraata Parvam with Rana Daggubati and Love Story with Naga Chaitanya up for release.