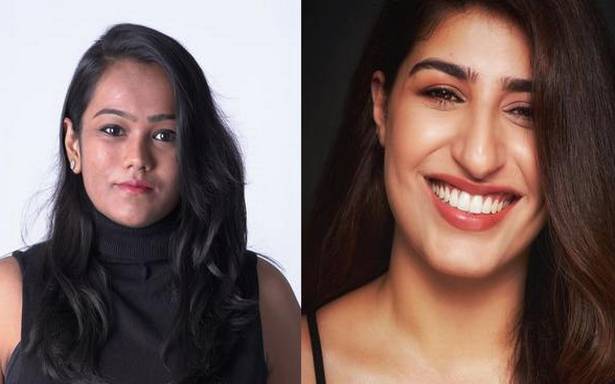 Both the stars belong to the modern crop of celebrities, developing their career growth through both social media and film, but do engagement metrics translate into opportunities on-screen?

Through the course of the pandemic, streaming platforms well and truly emerged as a viable alternative to the (temporary) void left behind by mainstream cinema and theatrical releases. The growth that the OTT phenomenon experienced over the last two years has been dramatic, bringing fresh faces to screens and making celebrities out of young talents.

Several upcoming actors and influencers have been able to hone their craft through sketches, short films and web-series of late, as they continually reach out to their target audience through social media platforms like Instagram and Flam.

Khushbu Baid and Shreya Mehta belong to the modern crop of celebrities, developing their career growth through both social media and film, but do engagement metrics translate into opportunities on-screen?

Khushbu in a still from ‘Girliyapa’

Khushbu, a writer-actor associated with The Viral Fever (TVF) says that social media helped her break stereotypes and stay relevant.

Shreya, who is also associated with TVF, has ventured into mainstream cinema after bagging a role in Namastey England, said being an active social media personality helped her feel confident. “I don’t feel out of the crowd when I am hanging out with film stars”, she said.

Shreya Mehta in a still from ‘The Timeliners’

Khushbu, known for writing and acting in Girliyapa sketches, said that as a writer, she does not Google actors anymore, but just scrolls through their social media to get an idea of whether the person would fit the character. She adds that it is important for an actor to maintain an online presence and put out their work. “If you are getting noticed by a casting director because of your social media profiles, thats great!” she exclaims and points out that the shift is already underway with YouTuber Ashish Chanchlani featuring in Marvel movies.

Shreya recalls that as a kid she wanted to be a part of the larger film industry, but she says that building a career on YouTube helped her realise the opportunities that alternate mediums had in store for her: “I am already connecting with the masses, and that is what I wanted to do from a very young age.”

Though these platforms play a very important role in shaping their careers, the actors confess that they do not gauge their performance using engagement metrics or numbers. “Some of my favourite content pieces do not do great numbers. However, if someone gives constructive feedback, I do take it seriously, Khushbu explains. Shreya agrees, “I create content for myself, and not for someone else. However, I do occasionally glance at comments and take the feeback on my performance alone.”

Khushbu, who looks upto the likes of Tina Fey, Mindy Kaling, Amy Poehler, has worked in comedy for the majority of her career. “I love comedy; I will never stop writing or acting in the genre. But I would like to test the waters and try and do something different soon, maybe a thrillers.”

Shreya, who shot to fame for her Timeliners sketches, also dabbled in comedy during the initial part of her career, but got the opportunity to play an antagonist in some of her recent works, such as the TV show Girls Hostel in which she plays Ramya Mantri. “It was an out-of-the-box role for me, and I really enjoyed playing her. Next up, I’d love to act in a rom-com.”

One thing that binds both the actors, is their passion for stories about women. “I am very sure that I want to write strong female characters and make content where women are the central character[s]”, said Khushbu. Having featured in series centered around women, Shreya concludes by pointing out, “Female friendships and women characters are more natural and well-fleshed out on OTT shows and YouTube, when compared to mainstream cinema!”