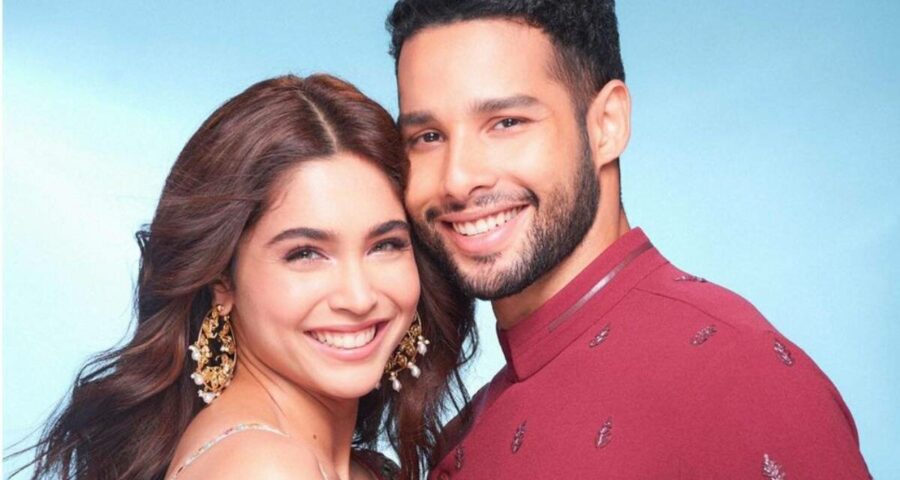 Sharvari Wagh opened up about gate-crashing Sonam Kapoor's Diwali party. Her Bunty Aur Babli 2 co-star Siddhant Chaturvedi said he would never have the guts to do that. Actors Siddhant Chaturvedi and Sharvari Wagh, stars of the recently released Bunty Aur Babli 2, opened up in a new interview about the real-life cons they’ve pulled off. In the film, they play two con artists, alongside Saif Ali Khan and Rani Mukerji.

Siddhant gave her a shocked expression and Sharvari added, “I have a few friends, who were going to the party and I tagged along. I tagged in too fast as they have a list of guests at the door. This was when nobody knew me.”

Siddhant Chaturvedi, on the other hand, said that he doesn’t have the guts to pull something like that off, and that he has only crashed ‘gully and mohalla’ parties. “Itni himmat nahi huyi ke Sonam Kapoor ke party mein jaun (I’ve never had the guts to crash Sonam Kapoor’s party),” he said with a laugh.

The two actors also spoke about dealing with break-ups. While Sharvari did not give details, Siddhant mentioned that he writes poetry on Instagram to deal with sadness.

Bunty Aur Babli 2 released on Friday. Giving the film 2.5 stars, Indian Express’ Shalini Langer in her review mentioned how director Varun V Sharma doesn’t think Saif-Rani are enough to repeat the success of the original, so he keeps falling back on Sharvari and Siddhant. Read full review here.

Siddhant Chaturvedi made his acting debut with the Amazon Prime Video series Inside Edge, but rose to prominence only after his supporting role in Zoya Akhtar’s Gully Boy. Sharvari Wagh kickstarted her career with Kabir Khan’s Prime Video series The Forgotten Army – Azaadi Ke Liye .