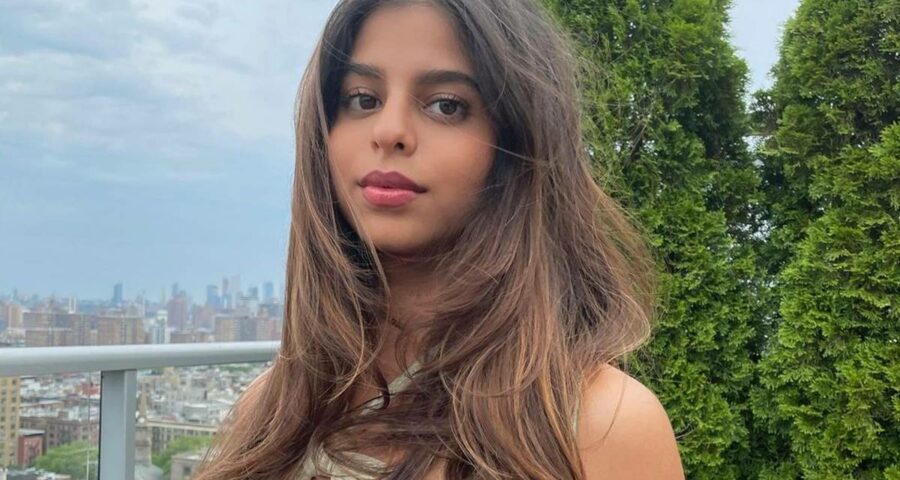 A video of Shah Rukh Khan’s daughter Suhana Khan has surfaced where she can be seen singing Justin Bieber's Peaches with her friend. The star-kid is completing her film studies at the New York University. A video of Shah Rukh Khan’s daughter Suhana Khan has surfaced online, which she and her friend appeared to have filmed in an empty classroom of her New York school. The star-kid is seen in a mustard top and is lip-syncing Justin Bieber’s song Peaches, which has taken social media by a storm, with the friend.

Suhana turned 21 last month, and her mother Gauri Khan had sent a special wish in which she had said, “You are loved today, tomorrow and always”.

Suhana is currently in New York with her mother and brother Aryan Khan. She is completing her film studies at the Tisch School of the Arts, a top performing, cinematic and media arts school of New York University.

After spending almost one whole year with her family in Mumbai, during the coronavirus-induced lockdown last year, the star-kid returned to the US earlier this year. After expressing concern about India’s second wave of Covid-19 pandemic, Gauri and Aryan left for the US to spend time with her.

Aryan had recently attended his graduation ceremony. He had graduated with a degree in Bachelor of Fine Arts, Cinematic Arts, Film and Television production, School of Cinematic Arts at the University of South California (USC).

Meanwhile, actor Shah Rukh Khan is in Mumbai and will resume work on his next film, Pathan, as soon as the Covid-19 restrictions ease in Mumbai. Directed by Sidharth Anand, the film also stars Deepika Padukone and John Abraham.