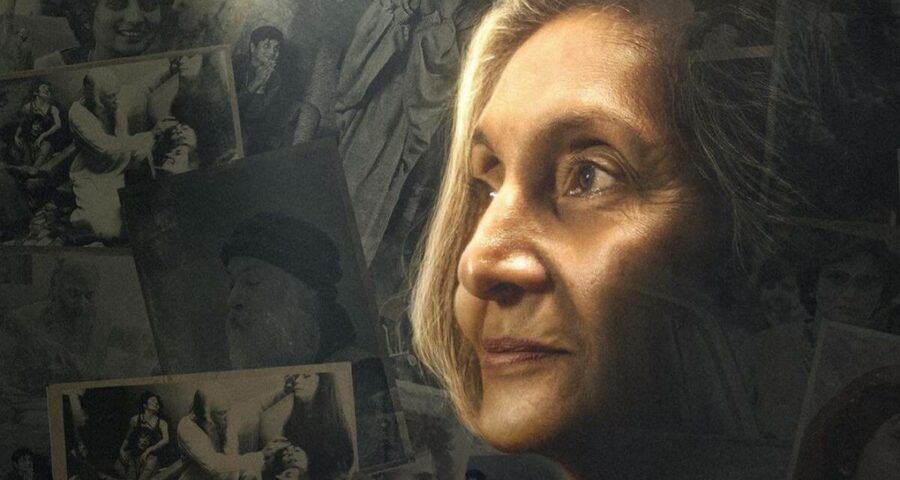 Searching for Sheela trailer: From sharing that she has more scandals than showbiz people to claiming Osho was in love with her, Ma Anand Sheela is set to open up about her story in Netflix documentary. The trailer of the much anticipated documentary Searching for Sheela dropped on Monday. The Netflix original has been bankrolled by Bollywood filmmaker Karan Johar, and will start streaming from April 22. The special feature also has a segment where Ma Anand Sheela is interviewed by Johar.

The 2-minute trailer gives a glimpse of Ma Anand Sheela, and how her life transformed after she was accused of fraud and murder. The docu feature has her talking about her journey, returning to India after more three decades and how her life has been viewed by the world from Osho’s point of view, who did not shy away from calling her a murderer. While in her no-holds barred chat, she mentions how Bhagwan, as she calls Osho, was very much in love with her. Ma Anand Sheela also mentions how she has bigger scandals than showbiz people, making Johar exclaim that they are all ‘kindergarten scandals’ compared to her life.

Searching Sheela will also delve into how Sheela Ambalal Patel became Ma Anand Sheela, as she explains how she faced a number of hardships after she left Osho. She says in a dramatic tone, ‘But history is not written for my part. It is Bhagwan’s history, not Sheela’s history.’ The trailer also features a couple of other interviews, one with Barkha Dutt where Ma Anand Sheela, not falling for her tough questions, says, ‘I cannot satisfy you’.

An interviewer rightly puts our thoughts into words as she asks Ma Anand Sheela if she is seeking redemption for herself with this, as the feature seems to have been created with the sole intention of bringing ‘her side’ of the story to the fore.

The official synopsis of the documentary reads, “Osho’s controversial and sassy ex-secretary, Ma Anand Sheela returns to India after 34 years of exile. Sheela, having re-shot to fame since the mega reception to the Netflix documentary Wild Wild Country, is now parceling her life to the world. Searching for Sheela is an intimate look into her journey across India, observing the rebranding of her as a pop-culture icon, with audiences unable to decide if they deem her a “criminal” or remain in awe of her badass secretary days.” Commenting on Searching for Sheela and her journey, Sheela Birnstiel in a statement said, ‘Searching for Sheela’ will give you a glimpse of my real self, my identity, my life and its evolution over the last 40 years. This film is about my journey of returning to my home in India, a journey I have longed for many years. It captures the rollercoaster of emotions I experienced on this journey very well. I am looking forward to sharing my story with the world.”

The 58-minute documentary has been co-produced by Dharmatic Entertainment — the digital wing of Dharma Productions, Somen Mishra and Jouska Films and has Shakun Batra credited as the show runner. Searching for Sheela promises to answer all the questions that the audience has had about the controversial figure.