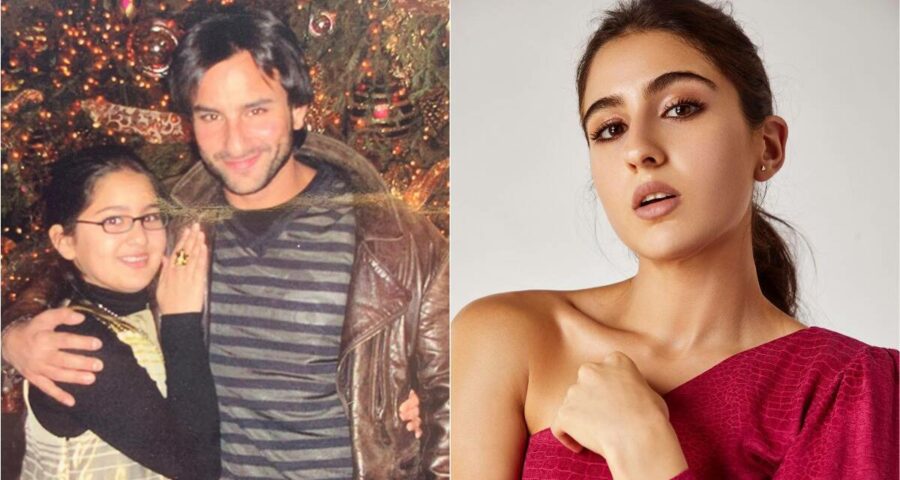 Sara Ali Khan said films meant dancing to Kaanta Laga when she was a child and wanted to play Poo — actor Kareena Kapoor's character from Kabhi Khushi Kabhie Gham — as a teenager. Sara Ali Khan recently opened up about her journey in Bollywood, and how her learning truly started when she signed her first film. The 25-year-old is the granddaughter of Sharmila Tagore, and daughter of actors Amrita Singh and Saif Ali Khan. She said she may have grown up around actors but she learnt the tricks of craft only when she was on her film’s set. Earlier, for her, acting meant dancing on “Kaanta laga” or just being Poo.

In a recent interview to Elle India magazine, Sara Ali Khan shared that being on her first film Kedarnath’s set helped her realise the true meaning of acting. “I think that’s when I truly realised what acting meant. The hard work, the dedication, all of it,” she said.

Khan further told the magazine about her idea of ‘acting’ while growing up. “People would expect that I’d know things –being a star kid and coming from a filmi background. But on each set, I’ve learnt new things. When I was a four-year-old acting only meant dancing on Kaanta Laga and when I was a teenager, I wanted to be Poo from Kabhi Khushi Kabhie Gham… On the sets of Kedarnath, I didn’t even know that sometimes one shot has to be taken several times.”

And it’s thus not surprising that it’s not just films that connect the Simmba actor to her father Saif Ali Khan. Sara, who graduated from Columbia University in history and political science, shared that both she and Saif love history and read up a lot. Going down the memory lane, she spoke about an earlier vacation in Italy where they spoke about Hitler and Stalin more than Bollywood.

“I remember this vacation with him in Italy, which was all about pizza, pasta, culture, museums, music and plays. This is something my father and I really, really enjoy. We both are history nerds, and we laugh about the fact that we discuss Hitler and Stalin more than films and Bollywood,” the star child was quoted.

The Coolie No 1 star is loved for her relatability and Sara feels it’s her ‘simple, desi girl at heart’ attitude that does the trick. The actor, without making a bone of not running after brands told the magazine, “I am truly a simple, desi girl at heart. Maybe that’s what people relate with. I don’t like spending a lot of money. I am not brand conscious at all. I am happier in my salwar kameez from Sarojini Nagar and jhutis than in brands that cost more than my monthly income.”

Sara Ali Khan will be next seen with Akshay Kumar, Dhanush in Aanand L Rai’s Atrangi Re.