Salman Khan earned the appreciation of his fans as he interacted with an elderly lady at a screening for Antim: The Final Truth. 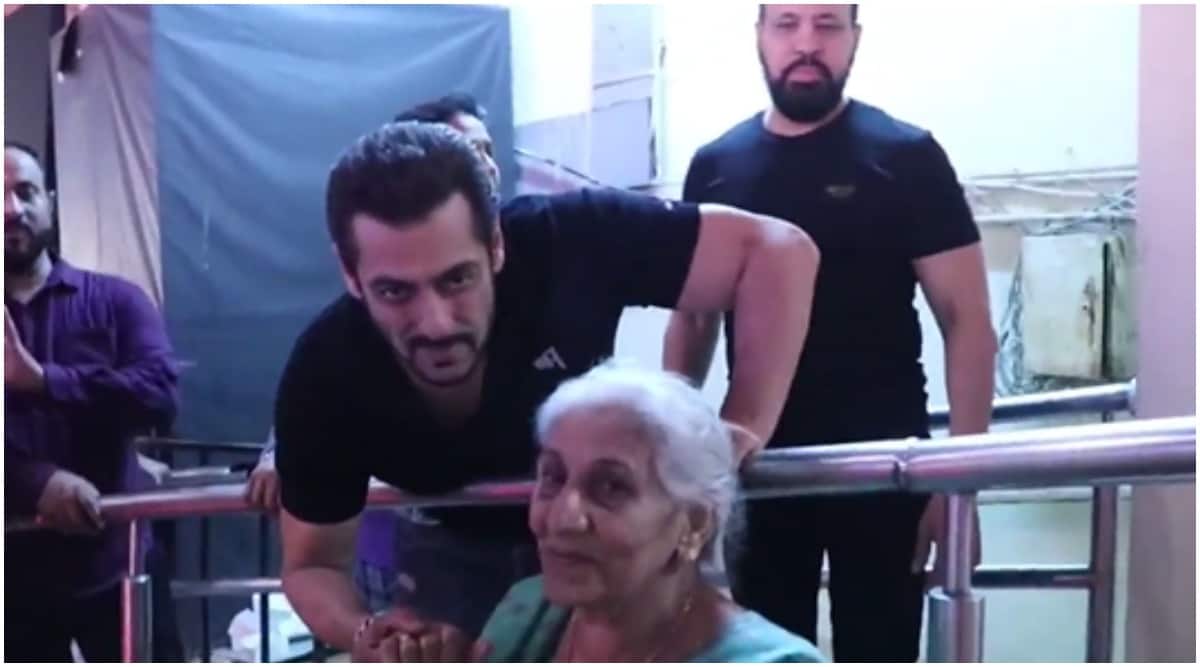 Actor Salman Khan attended a screening of his new film, Antim: The Final Truth, and interacted with fans outside the theatre. A video shared by a paparazzi account showed Salman posing for photographs with a child, before taking the blessings of an elderly lady.

The lady walked up to Salman just as he was about to enter the auditorium. Noticing her, the actor stopped and bent down, as she touched his head. He then posed for some photographs, before walking off.

Salman’s fans were very pleased with his gesture. While several people left heart emojis in the comments section, one fan wrote, “Bhai ko star hone ka bilkul ghamand nahi hai (Bhai isn’t arrogant  about being a star) that’s why everybody loves him,” while another fan called him ‘the most humble person’.

Antim, directed by Mahesh Manjrekar, also features Salman’s brother-in-law, Aayush Sharma. The Indian Express review called it ‘Dabangg 4’ and awarded it 1.5 stars out of a possible five. It was rumoured prior to the film’s release that Salman only has a supporting role in the film, but according to the review, ‘the biggest lines are all Salman’s’.

At a recent media interaction, Salman refused to surrender his stardom to a younger generation. “We will not leave it for the younger generation to take it easy. We will not hand it over to them. ‘Mehnat karo bhai, pachas plus me mehnat kar hi rahe hain, toh aap bhi mehnat karo (work hard, we are working hard at the age of 50+, you should also work hard),” Salman said.