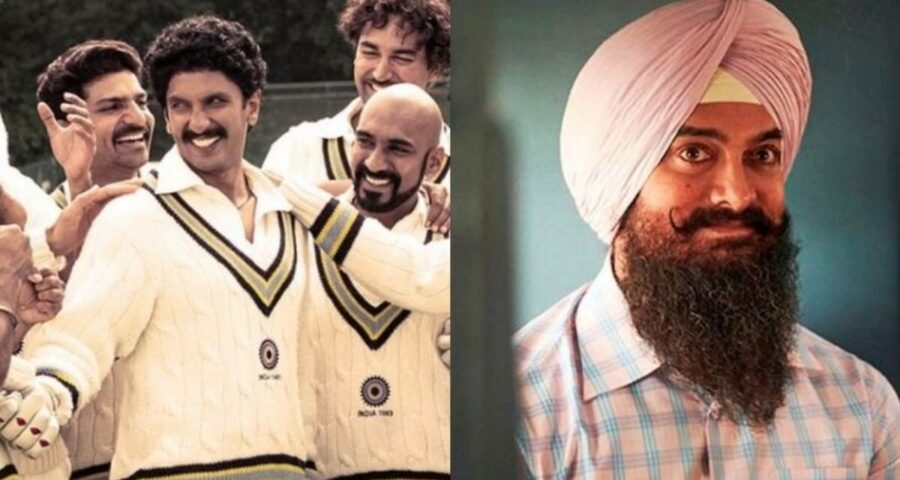 Both 83 and Laal Singh Chaddha are some of the many films that have had their release dates shuffled, owing to the COVID-19 pandemic. Kabir Khan’s 83 featuring Ranveer Singh, Deepika Padukone, Saqib Saleem among others, has finally got a release date. The film, which chronicles the Indian Cricket Team’s journey of winning the 1983 World Cup, has faced many delays, owing to the pandemic. Ranveer Singh, who will play the role of veteran cricketer Kapil Dev, announced that the film will release on Christmas.

Ranveer shared a photo with his team, in their outfits as cricketers, and captioned the post, “It’s time………..83 IN CINEMAS THIS CHRISTMAS. Releasing in Hindi, Tamil, Telugu, Kannada and Malayalam.” Deepika Padukone will play the role of Kapil Dev’s wife, Romi Bhatia in the film.

83 was initially meant to release in April 2020, but owing to the pandemic, it was pushed to June 4, 2021. However, because of the second wave of COVID-19 in India, it had to be pushed again.

Meanwhile, Aamir Khan’s Laal Singh Chaddha, which was meant to release during Christmas 2021, has been shifted to Valentine’s Day 2022.  The production house put out a statement, “We welcome the decision of the administration to allow cinemas to re-open from October 22. Due to the delays faced by the pandemic, we will be unable to release our film Laal Singh Chaddha, this Christmas. We will now be releasing Laal Singh Chaddha on Valentine’s Day 2022.” An official adaptation of Hollywood star Tom Hanks’ 1994 movie Forrest Gump, the film went on floors last year and was shot across 100 locations in the country. The movie features Kareena Kapoor Khan as well.

Laal Singh Chaddha has been helmed by Advait Chandan, who made his directorial debut with the 2017 musical drama Secret Superstar, starring Aamir Khan and Zaira Wasim. As cinemas are finally going to reopen after more than a year, more announcements for upcoming film releases are being made. Shahid Kapoor announced that his film Jersey would release on December 31, 2021.

The release date for Ajay Devgn and Amitabh Bachchan-starrer Mayday is also out. The film, said to be a thrilling, edge-of-the-seat drama, will release on April 29, 2022.