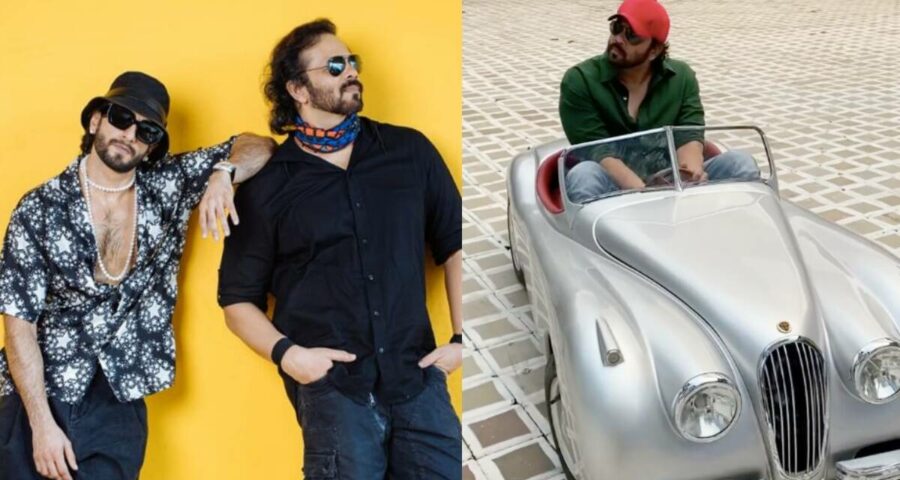 Ranveer Singh and Rohit Shetty's Cirkus is as much fun behind the scenes too. The actor shared a video of the action director driving a toy car, leaving the internet in splits. Actor Ranveer Singh, who is shooting for Rohit Shetty’s Cirkus, took to Instagram on Friday to share a video of the filmmaker driving a toy car on a film’s set. As the video begins, Singh introduces Shetty as “the most serious stunt director of the country”. Towards the end, the filmmaker realises that the Simmba actor is recording him as he asks him, “Abbe tu shoot kar raha hai? (are you shooting this?)”

Ranveer Singh and Rohit Shetty’s 2018 film Simmba was a huge hit. It was the third movie in the filmmaker’s Singham franchise. The fourth film in the franchise, Sooryavanshi, starring Akshay Kumar as an ATS officer, was scheduled to release in 2020. But, it got delayed due to the pandemic. Now, the film is expected to hit theatres this summer.